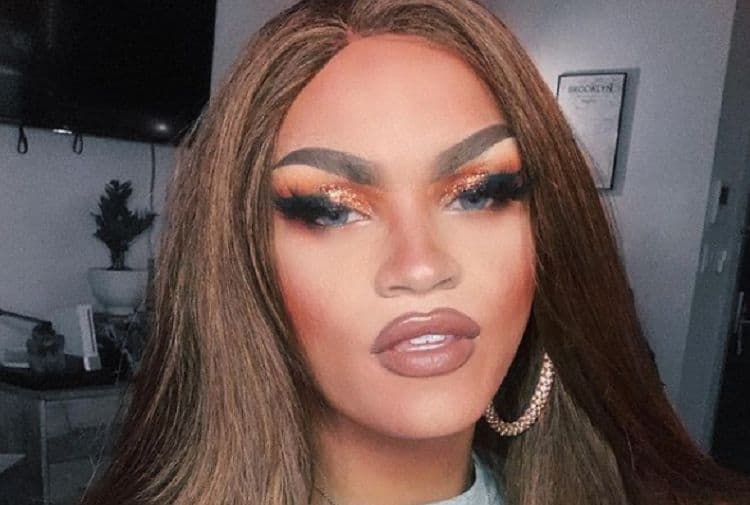 Olivia Lux may be relatively new to the drag scene, but in just a little more than two years she’s already making her mark. As a contestant on season 13 of RuPaul’s Drag Race, Olivia is competing against some of the biggest and best names in the business and she’s already proven that she can hold her own. Her impressive talent and technique truly speak for themselves and there are lots of people rooting for her to make it all the way. Even if she doesn’t go home as the winner of the season, being on the show has already helped Olivia build her fan base and the future is looking very bright for her. Continue reading for 10 things you didn’t know about Olivia Lux.

1. She Is A New Jersey Native

Born Fred Carlton, Olivia is originally from New Jersey but decided to relocate to New York City a couple of years ago. After settling in New York, Olivia found herself enambered with the drag scene and she quickly developed an interest in performing. In an interview with the Brooklyn Paper, Olivia simply stated, “The drag life chooses you.”

2. She Is A Trained Musician

Doing drag performances isn’t the only talent that Olivia has, she’s also a self trained musician who sings and plays the piano. Her musical skills definitely add an extra level to her performances and they should come in very handy during her time on RuPaul’s Drag Race. She is also a trained actress and has appeared in several stage productions.

If you’re a fan of Olivia’s you’ll be happy to know that you can proudly put your love for her on display thanks to her branded merchandise. She runs an eCommerce store called My Best Judy where she sells t-shirts, masks, and keychains with her name printed on them.

4. She Has Always Loved To Perform

Although Olivia didn’t always envision herself becoming a drag queen, she knew that performing was her calling. From an early age, she loved putting on shows for the adults in her family and it didn’t take long for everyone around her to see that she had a special talent.

Technology has giving us more ways to connect and communicate than ever before. People who once seemed out of reach are not only a few taps and a scroll away. In addition to social media, Olivia has taken this connection a step further. She has an account on Cameo where she records and sells personalized video shoutouts. Videos can be purchased for $45.

6. She Is A YouTuber

If you love watching Olivia perform and you can’t wait to catch her on TV every week, you’re in for a real treat. She also has a YouTube channel where she’s uploaded several of her performances. Olivia’s YouTube channel currently has over 3,400 subscribers. What’s even more impressive is the fact that she’s gotten nearly 90,000 views. It’ll be interesting to see if she eventually decides to upload different kinds of content.

Olivia comes from a diverse background that includes Black and Puerto Rican roots. She is very proud of both of the cultures that have come together to make her the person she is. In addition to English, she she also speaks Spanish although it’s unclear whether or not she’s fluent.

8. She Is An Ariana Grande Fan

Ariana Grande is easily one of the biggest pop stars of her generation and her fan base includes people from all over the world. Olivia is a big Ariana fan and the album Positions is one of Olivia’s favorites. Maybe we’ll get to see her cover an Ariana Grande song on a big stage some day.

9. She Loves Connecting With Fans

Everyone who works in the entertainment industry knows that having a strong relationship with fans is a must. Still, there are plenty of celebrities who choose not to put much effort into it. Olivia, however, isn’t one of them. She enjoys connecting with her fans on social media and she is grateful for all the support they’ve shown her over the years.

10. Lips Are Her Favorite Part Of Her Makeup Routine

Having an impeccably beat face is one of the many things that Olivia is known for. She puts a lot of time and effort into making sure that her makeup is on point. During a Q&A on Instagram, she revealed that doing her lips is her favorite part of her makeup routine. She also added that she does her lips last and enjoys getting the chance to experiment with different colors.