Home
Movies
Could an Olivia Munn Solo Psylocke Movie Be on the Table? 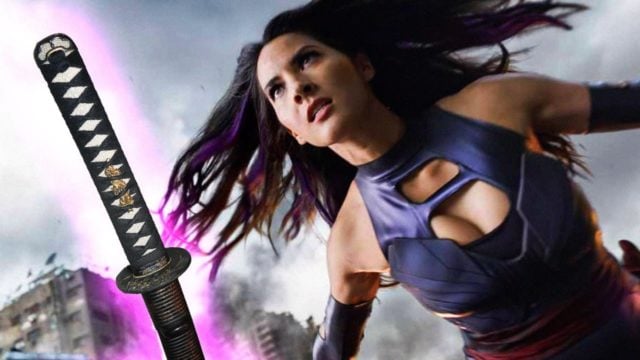 It should be about time to talk about a Psylocke solo movie featuring Olivia Munn since she nailed the character in X-Men: Apocalypse. The only tragic part of it was that she didn’t get a lot of development and wasn’t allowed to really let the character out of the bag fully. She had a few cool action sequences but didn’t get to really show what she’s capable of, which is a lot. On one level she’s not as powerful as Apocalypse, who can do things that many people in the MCU cannot since he was reportedly the first mutant and is among the most powerful. But sadly in Apocalypse we didn’t get to see the much of her.

To be honest her story isn’t the most interesting in the history of comics but it has plenty of action and drama within it toÂ  be a decent if not great movie. Plus it would help to flesh out a character that was highly anticipated since she hasn’t been used at all in the other X-Men movies. To be honest Psylocke has been around for a lot longer than people think. She was a member of the X-Men back in the 90’s and has been kind of back and forth since. She’s a skilled fighter, a deadly opponent, and someone that should be explored a bit more just for the sake of getting to know the character so that people can identify with her a bit more. Like many other comic books characters she has died and come back, as you know that comics don’t like to kill characters all that often without coming up with a way to bring them back.

Elizabeth Braddock is capable of telekinesis even though she started out being a telepath. Through many different comic arcs she gained the power of telekinesis and is fully capable of forming either a psychic knife or a psychic katana. On top of that she was trained by the Hand, the enigmatic and ruthless ninja clan that’s been a prominent fixture in the MCU for quite a while and has had something to do with few different superheroes and villains. Tack on the idea that Psylocke could feature a wealth of other mutants and even a few other superheroes and it seems likely that the movie would be filled to the brim with stars and personalities that could make it a very entertaining time for all involved.

Olivia Munn deserves to come back to the role however since she did manage to nail the small part she had, which was not enough to really get into the character but was enough to see that Psylocke is quite incredible. As Elizabeth Braddock she’s a character that was kind of thrown into the mix at first and then eventually developed enough to become an awesome character in her own right. Giving her a standalone movie might be seen as kind of a stretch but it would be worth it in the long run since it would expand the MCU a little bit more and grant a greater amount of depth to the entire universe.