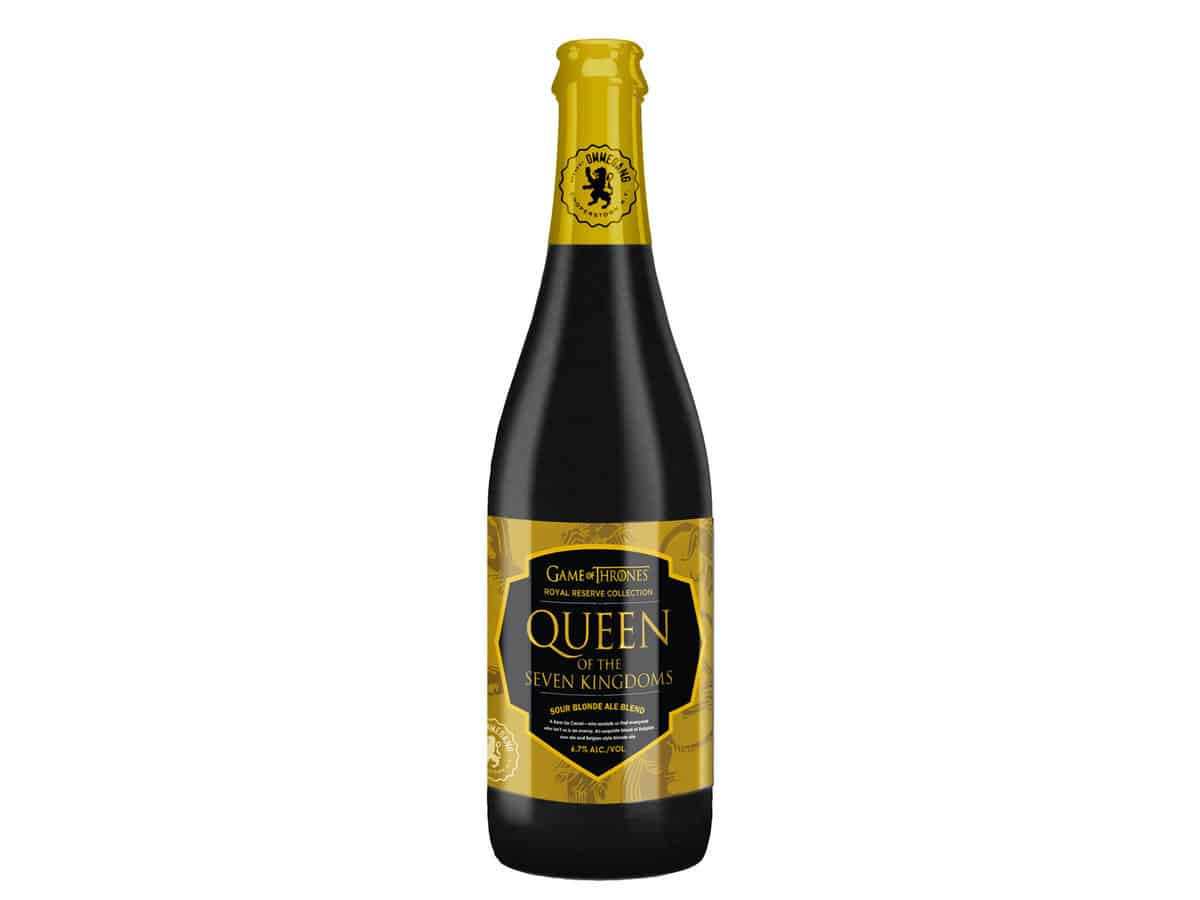 Have you ever wanted to sit down and have a drink in Westeros with your favorite Game of Thrones characters? While Brewery Ommegang can’t transport you into the fictional world on your television, it is doing the next best thing and providing its customers with its Queen of the Seven Kingdoms beer.

Queen of the Seven Kingdoms is Ommegang’s second Game of Thrones-inspired beerÂ in a series of four, special limited releases from the Royal Reserve Collection. Each beer from the Royal Reserve Collection is specifically designed and brewed as an homage to one of four epic figures. The brewery first released its barleywine ale, Hand of the King, in honor of Tyrion Lannister, and of course, Queen of the Seven Kingdoms receives its name from theÂ current Queen of Westeros: Cersei Lannister.

Queen of the Seven Kingdoms is the perfect fit for Cersei, as it’s an incredible blend ofÂ Belgian sour ale and Belgian-style blonde ale, and I can say that as someone who has drank and greatly enjoyed the beer himself.

Ommegang released Queen of the Seven Kingdoms to its distribution network on June 29. It is currently available at bars and stores around the country and can be found both on draft andÂ in 750ml bottles, typically priced at $12.99.

To find out where you can purchase the Queen of the Seven Kingdoms beer in your area, use Ommegang’s beer finder.Â  Trust us: drinking a few bottles or glasses of it is one of the best ways you can spend the finalÂ Game of ThronesÂ hiatus as we all wait for Season 8 to arrive in 2019.

Have you had a chance to try the Queen of the Seven Kingdoms beer yet? If so, what did you think of it, and whichÂ Game of ThronesÂ character do you hope inspires Ommegang’s next beer? Comment below and let us know!