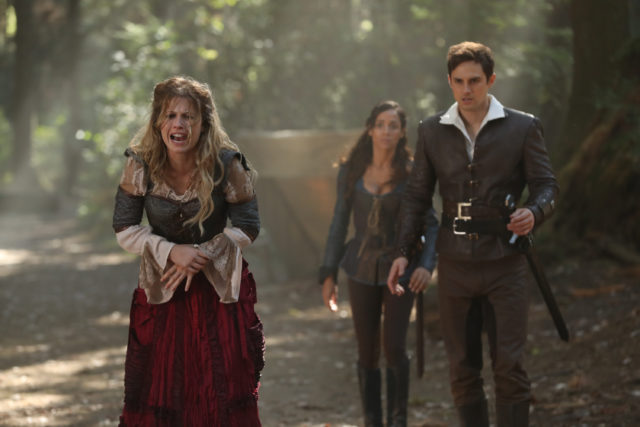 I finally must admit something to myself that I hoped I’d never have to. I have to reconcile the fact thatÂ Once Upon A TimeÂ will never recapture the same sense of wonder and intrigue it possessed in its first two seasons. I have long been hoping they would be able to do it, since that sense of mystery is what hooked me to the series in the first place. However, now that I’ve admitted that they will never recapture it, Season 7 is now the closest they’ve ever come to recreating it. Off and on during the first few episodes, I felt something similar to watching the first few seasons. But watching the backstories of the familiar characters gave a different feeling. They were excellent episodes, but in a different way. Most recently, “Eloise Gardener” and “Pretty in Blue” evoked the strongest sense of intrigue I’ve felt watchingÂ Once Upon A TimeÂ in several years, and it was a feeling I’d truly missed. It may not have been on par with those original seasons, but it’s the best work they’ve done in some time.

Since this Hook is from “Earth-2”, there’s a divided sense of exploring his backstory and knowing his character. But as the season has gone on they’ve addressed issues like who Hook’s daughter is and how he got her. It further explores the backstory of Henry and Jacinda, Jacinda’s mother, Drizella, Alice, and even introduces some new characters. All of this backstory was presented in an intriguing way and kept me interested for two consecutive episodes. That’s near impossible with any show nowadays, butÂ OnceÂ had me completely engrossed.

Admittedly, it can be a little convoluted. Earth-2 Hook was tricked into having a child in the same way that Robin Hood was on Earth-1. This raises some issues of consent and what is considered rape. I would agree that there was no consent in this case, and that Hook-2 was in fact, raped. The question is whether the show’s depiction of that condones that behavior or not. I don’t think it does. Hook-2 was manipulated by an evil witch so that she could get what she wanted. That’s wrong. We all know that. But I believe that the purpose of the illustration was not to condone that action, but rather to assert that beautiful things can come from horrible circumstances. Hook-2 became a father, to Alice. They have a beautiful relationship, and Alice would not exist if the previous action had not occurred. Positive circumstances can come from terrible ones.

Ultimately,Â Once Upon A TimeÂ felt like its old self. Regina protecting Henry (who obviously got his heart poisoned, right?) and challenging Rumplestiltskin, combined with new backstories of the characters we’ve met over the past few weeks. Those backstories become more and more compelling as the show has moved forward, and I’m looking forward to seeing the stories continue to develop.

Once Upon A Time Season 7 Episodes 7 & 8 Review: "Eloise Gardener/Pretty in Blue"

More backstory for Hook is revealed and the mythology goes deeper on this week’s strong, intriguing Once Upon A Time