Home
Once Upon a Time
Once Upon A Time Review: “Homecoming” Marks the Beginning of the End 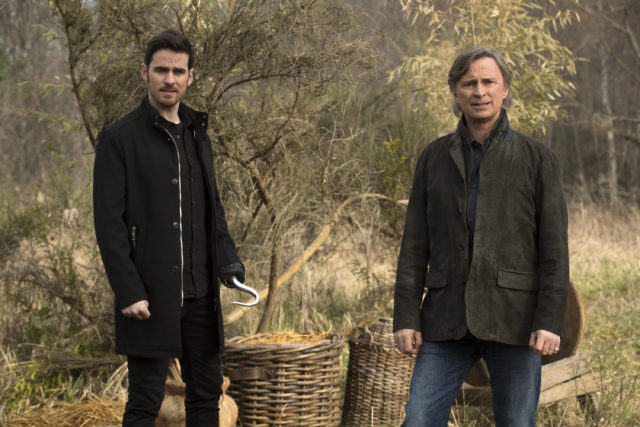 I know that it’s been a few weeks, but I’ve written aboutÂ Once Upon A TimeÂ with regularity for the last two seasons, so I wanted to make sure and get reviews done for the last two episodes. Season 7 has certainly had its ups and downs, making keeping up with reviews (especially on Friday nights) difficult to keep up with. Lately, however,Â Once Upon A TimeÂ has shown that it still has a little gas left in the tank, and is headed toward an ending on a pretty high note.

Over the last few episodes,Â Once Upon A TimeÂ has told some emotional stories, like of Rumplestiltskin wanting to spare Tilly/Alice of a burden, the story of Alice and Robin finding their way back to each other, and the story of Henry recovering the heart of the truest believer and reuniting with his family at long last. As a long time fan, these stories have been deeply emotional to me, watching the characters having come so far from where they started. Even though this is the first part of the series finale, this show will always be special, and it looks like they might just stick the landing (regardless of whether or not you think Season 7 should have ever happened).

I was skeptical when I heard that Kitsis and Horowitz were opening the two-part finale to anyone who wanted to return. Since they’d dedicated so much time in the past to giving closure for characters like Peter Pan and Cruella De Vil, or Robin Hood, how they would go about bringing them back for a swan song as the series nears its end. It has since become clear, and I think it’s an excellent way to parade everyone’s favorite characters back in front of them at the end. Next week’s appearances are easy to figure out, since Henry is in trouble, but I appreciated the use of the wish realm to give everyone who wanted a chance to appear one last time.

“Homecoming” as an episode leaned on nostalgia for the earlier days of the series…but it worked. It was able to make Rumplestiltskin a villain without compromising the growth by regular old Mr. Gold. The stakes are higher than they’ve been on the show all season, and it’s smartly relying on the major, longtime players instead of over-involving the new ones.

“Homecoming” was a wonderful penultimate installment, and as sad as I am that the series is ending, I’m looking forward to the finale.

Once Upon A Time’s series finale airs next Friday, May 18th on ABC

Once Upon A Time Season 7 Episode 21 Review: "Homecoming"

Henry gets help to get his family back from the wish realm, and finds an unexpected enemy on the penultimate episode of Once Upon A Time.