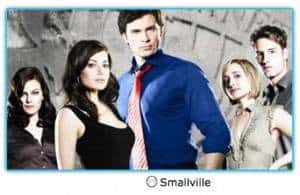 This final point is not necessarily relevant to the TV Guide poll itself, but it’s still an important lesson related to online fandom. I think many fans – myself included – occasionally forget that the entertainment industry is a business. All talk of good scripts, artistic expression, and a fan’s love for a show aside, the networks are in the business of generating ratings, which in turn generates a profit or, at least, doesn’t generate a loss. Craig Engler, who runs the SyFy network’s Twitter account, is actually very transparent and frank when answering fans’questions about the cancellation of television shows. In two tweets he remarked: ‘Another great irony of the TV biz is that TV networks NEVER want to pull shows. But of course that’s not the perception out there’and ‘TV networks, TV viewers, TV advertisers & TV distributors actually all want the same thing: Good shows that last for many years’. He also remarked that ‘Most shows don’t make money. The ones that do help pay for the ones that don’t. Which is true of most entertainment businesses’. International sales to channels in other countries and DVD sales also help to make television shows profitable.

I remember the outrage over the quick cancellation of Lone Star a few weeks ago. Before that happened, however, there was the inevitable multitude of blog posts and twitter messages pleading for more people to tune in and praises for the show. It didn’t work. Despite the fact that Lone Star was loved by critics (who, one can argue, are powerful fans themselves), the ratings of average Americans simply weren’t enough to justify the continued production of the show.

During our call, Debra made the remark that she jokes with people that if Moonlight were on the air today, it probably wouldn’t be canceled. That social platforms like Twitter could have saved it. It’s an interesting thought – that the power of online fandom has reached such a pitch that it can save most ratings-challenged shows if it has a strong enough group of devoted fans. I don’t know whether she’s right in that statement, but I can see why she would make it. At the end of the day, the question is still whether the network and the producing studio would have found Moonlight‘s bottom line to be enough to keep on the air.

Of course, there have been times when fans have been successful in savings hows. Before the power of online fandoms really came to be, fans of the show Roswell sent in bottles of tabasco sauce to the studio to show their support for their shows. Fans of the ratings-challenged Jericho sent in bags of peanuts and that show came back for a second shortened season instead of simple cancellation. 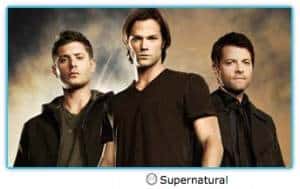 Sometimes, no matter how hard the fans try – or how loud they are – they just can’t save a show. Right now Life Unexpected is on the bubble over at The CW. It was a critical darling when it first premiered last year. Unfortunately, it’s currently pulling in the lowest ratings spot on the network. But the fans are still tweeting about it and making pleas for the network to save the show. Recently, SyFy canceled Caprica, the show that was a prequel toBattlestar Galactica. Almost immediately fans rallied to save the show. But the problem with online fandom is that sometimes it only works if keeping the show makes monetary sense, or other outside circumstances. Chuck’s future at NBC has been threatened almost every year, and fans wait with bated breath to see if it will be renewed for another season. But they’re vocal. They buy Subway sandwiches (Subway has been a major sponsor for years), they plead their case online. The fact of the matter is that the show is cheaper to produce than some other NBC shows, and the ratings have generally held steady for years, even if they aren’t the best. It was recently given a full-season order this year, but that could also be due to a lack of mid-season shows to replace it if it ended. The point is that money, the number of shows a network has in its roster, and scheduling issues all go into deciding whether to keep a show on the air. The newest issue of Entertainment Weekly has a good article about why networks cancel shows that expands on the reasons I’ve mentioned here, so you should pick that up if you want to know more.

That’s not to say that fans should keep silent. If it came down to a network deciding the fate of two shows – with all of the other factors above being equal – it’s entirely possible that the show with the loudest and most passionate fans might win. While the fans can’t win every time, it doesn’t mean they should stop trying.

Whew, this turned into a rather long lesson from a simple TV Guide poll, didn’t it? But I don’t think that the trends listed above will disappear. If anything, online fandom can only get stronger. Debra told me that the ‘fan favorites cover poll’is something TV Guide Magazine would like to continue doing on an annual basis. In addition, the magazine is exploring other ways to give fans an opportunity to express their opinions. The fact is, the landscape of promotion and interaction has changed with the internet, and it’s refreshing to see when long-running magazines like TV Guide or television networks are willing to embrace fans, find ways to harness their promotional power, and reward them for their devotion.

Of course, the only question left is ‘who won the TV Guide cover poll?!’If it’s not Supernatural, I may be taking to Twitter to express my outrage. Or I may start a verbal war by saying that the Supernatural boys are cuter than that guy on Chuck and see where that leads.

Updated: By the way, Supernatural won the TV Guide cover poll. To read more about it (and view the cover), click here.