Home
TV News
Only Murders in the Building: A Murder Mystery Like No Other 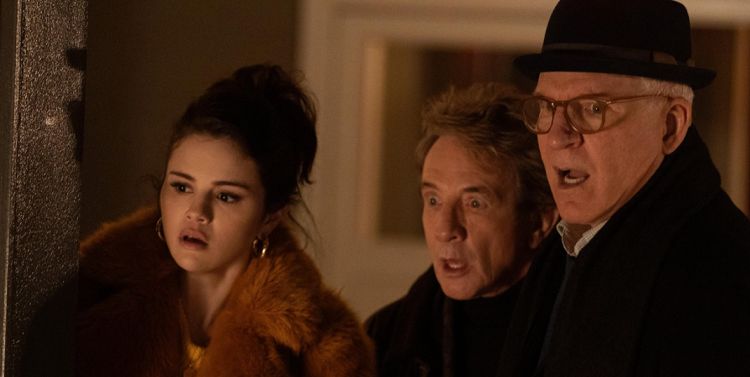 The true crime genre has been gaining a solid following through the years. Fans are always looking for the next material – may it be a movie, television series, book, or even podcast, to dig their fangs into. There’s just something so satisfying about being able to decipher a crime scene and uncover the true mastermind of a well thought of crime. It certainly brings forth an adrenaline rush like no other. True crime fans, get excited for Hulu’s got you covered! The streaming service is on a roll as it comes out with another original series that is basically a murder mystery set in the heart of New York City. Better start practicing those interrogation skills and sharpening those crime sensing feelers once again.

What Is the Series About?

Only Murders in the Building is an upcoming comedy television series that is created by Hollywood veteran, John Hoffman (Grace & Frankie) and comedic genius, Steve Martin (Father of the Bride). The latter also portrays the role of Charles, one of the main leads in the series. His other all-star castmates include Martin Short (Mars Attacks) as Oliver and Selena Gomez (Wizards of Waverly Place: The Movie) as Mabel Mora. The leads play three strangers who live in the same Upper West Side apartment building, and whose lives are about to intersect in the most unimaginable way. Apart from the intriguing synopsis, it would be most delightful to see the chemistry of the three leads. Martin and Short have already charmed the hearts of millions when they worked together in the iconic film franchise, Father of the Bride. This reunion of sorts coupled with Gomez’s small screen comeback, since her starring role in Wizards of Waverly Place, is easily one for the books.

The series’ storyline comes into life the day Charles, Oliver, and Mabel share an elevator ride. The three leads are joined by a certain fellow named Tim Kono. Events take on a gruesome turn when Kono is reported to have been murdered just approximately twelve minutes after stepping out of the elevator. The three, who happen to share a common interest for anything related to true crime is suddenly caught up in a murder investigation. The trio use this guilty pleasure of theirs to an advantage. They see it as a newfound opportunity to join forces and help uncover the truth behind the murder. What was once a mere daydream has now turned into reality. They kick off their own internal murder investigation by starting a true crime podcast. Little do they know that this seemingly innocent conquest is about to open a Pandora’s box of secrets. The apartment building in which they are residing in turns out to contain some deep and dark skeletons in the closet that go way back. Instead of unraveling the mystery behind the murder of Kono, the three come across the harsh realization that the identity of the killer might be someone they know, and his whereabouts closer than they think. The apartment building that once brought them solace has turned into a threat that could (literally!) tear their lives apart. Their chance of survival lies on the precipice, as they race to find the true criminal mastermind before their time runs out. Will the trio’s love for true crime be their salvation? The tables have turned, and the truth has become stranger than fiction.

Aside from a storyline that can already stand on its own, viewers also have a star-studded supporting cast to look forward to. Some notable names include Jane Lynch (Glee), Nathan Lane (Penny Dreadful: City of Angels), Amy Ryan (The Wire), and Sting (yes, the Rockstar himself). Fans can catch a glimpse of the cast’s onset escapades through their social media posts. Last December 2020, Martin shared a witty selfie from their first day of filming, and then proceeded to post another photo last January confirming Sting’s involvement in the series. It’s almost impossible not to get excited!

Only Murders in the Building is set to make its grand debut on August 31 via Hulu. The series will also have its international premiere on the same day under the streaming service of Disney+ called Star. The official trailer of the show was just released less than a week ago, but has already garnered more than 11 million views. Talk about a warm reception. Binge watchers will have ample time to enjoy the series, as the show will contain a total of 10 episodes, which will come out on a weekly basis. Better start marking those calendars accordingly, it’s going to be a blast.