Clint Eastwood is so American he could replace Apple Pie.Â  He’s surely one of the greatest artists our country has produced, and his legacy in film will live on well beyond the cookie cutter generation we are in now.Â  So I’m a little ashamed by the treatment Eastwood is getting from the press regarding his very unique expression of his political views.Â  To hear them talk you’d think the guy was in his 80s and still bold enough to do what actors do when they are demonstrating their skills to the fullest extent: ad libbing.

Apparently the political pundits have now become acting coaches with the gall to shame Eastwood for what they see as an ‘awkward’ performance.Â  In reality, as a piece of performance art, Eastwood’s discussion with an invisible Obama was not even close to the most awkward thing I’ve ever seen.

Of course, the quickness that pundits displayed in pouncing on Eastwood’s ‘performance’ was really wasted time.Â  Eastwood is one of the most moderate players in the Hollywood/Politics connection, and is far from a Right Wing extremist. Â He was against Iraq, and his local political activism in California was very eco-friendly in nature. Â He’s stated numerous times that he considers himself a long ways from either political extreme.Â  The pundits in TV land could have made quick work of the fact that Eastwood doesn’t believe in a lot that the far-right believes in.

When one of America’s greats, and a genuine elder, takes the stage, without a teleprompter, to discuss how he feels about something in a way that speaks uniquely to who he is, and you find that awkward, you’ve just missed the point completely. Â Clint Eastwood, if anything, showed that regardless of party politics, there are still people bold enough to go out there and speak their mind without pollsters and script writers to tailor their message to electoral demographics.

Eastwood’s appearance was probably one of the most significant things to happen on Television in recent times. Â Here is a guy who took a stage at a one-sided political event, without a script, and spoke his mind during an age when the cynics say that all truth in politics is hidden behind canned party-line rhetoric, during times ofÂ unparalleled so-called ‘divisiveness’.Â Â That something like this can still happen should give comfort to all Americans regardless of their political leanings. 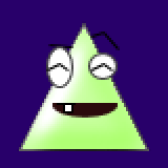