Home
Entertainment
Oprah Would Run For President Under One Condition 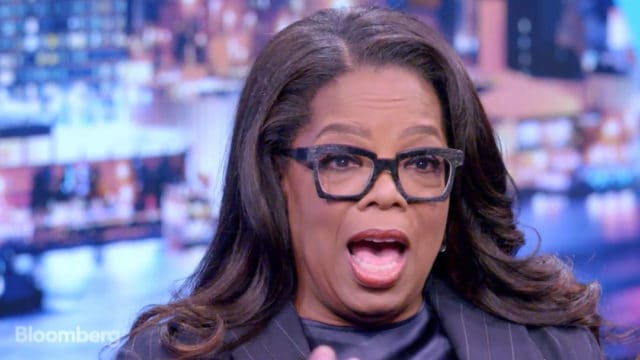 Oprah has already stated that she doesn’t want the presidency despite the overwhelming amount of support she seems to be receiving to run. At this point though there’s only one condition that could get her to run for office in 2020, and that’s if the almighty Himself gave her a sign that it was meant to be. That might seem just a tad bit blasphemous, as it would also seem that we might be headed towards a monarchy-type rule within the current democracy, as you might remember the rulers of old believed they were selected by God and not their fellow human beings. Of course that’s kind of grandiose thinking since really all Oprah wants is a sign that even she couldn’t miss, in her own words. Otherwise her sights are set on remaining right where she is and watching whoever comes forward to oppose Trump as they try to run the table in 2020.

Would Oprah make a good president? A lot of people seem to think that she couldn’t possibly do any worse than Trump, who seems to believe that attacking Oprah via Twitter was the best idea when he caught wind of the fact that she might run. The negative tweet that Oprah received was met with confusion and even a simple shoulder shrug as she refused to give Trump any kind of satisfaction by tweeting him back. That’s probably a good idea since what Trump usually seems to want is the kind of attention that he can use to call people out and make them look just as foolish as he does with his random and inane tweets every day. Seriously, regardless of the technology at hand this is the only president that has been on his phone and on vacation more than he’s been focused on his job.

But as for Oprah, she’ll be waiting on the word from on high in order to see if it’s the right thing to do. Up until that point however she has no desire to get into the running for the presidency, nor does she have the time to keep tweeting back and forth with Trump to even deny that she’ll be seeking his job. Trump will likely stew over this for a while and claim he didn’t give it a second though, while Oprah will keep doing what she’s been doing, which is being a positive role model for the people and deflecting the idea that she should run for president. No offense to Oprah but there’s already a reality TV star in the oval office, do we really need another one?

The chances are good that if she did manage to run, and possibly win, that she would go to Washington DC with the best intentions and the ideas to change the nation. But guess what? Good people have done that since the founding of our nation, and almost every time have faltered after the first, even second compromise that they find necessary to make. Oprah is better being where she is now, where she can do the most good.