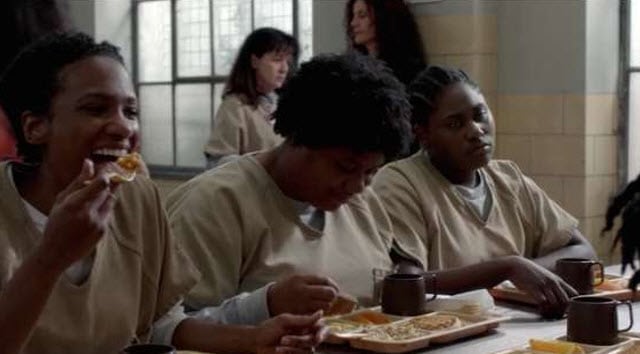 Through the first few episodes, I was a little hesitant aboutÂ Orange is the New Black‘s attempt to re-contextualize characters and their backstories, adding wrinkles minor (Crazy Eyes punching Piper) and major (Vee’s arrival, and connection to Taystee) in ways that didn’t feel complete organic. It didn’t make for bad television, per se, but the first three episodes didn’t necessarily add the poignancy to episodes it attempted at times – a problem that “A Whole New Hole” solves whole-heartedly, delivering the first gem of the show’s sophomore effort.

Maybe I’m just a sucker for Lorna: throughout the first season, her accent and impending marriage to Christaphaaa made her a magnetic ancillary character (not to mention her relationship with Nicky). “A Whole OtherÂ Hole”, however, finds a whole new story for Lorna, as a jealous woman, obsessed with a dream man she thinks will be her Hollywood love story. AsÂ OitNBÂ often does, the flashbacks do not attempt to be subtle, painting Lorna as a woman so desperate to escape her lower-middle class family life, she’s willing to commit credit card fraud (repeatedly) and stalk the man she thinks will provide the happy ending to her little Disney Princess story.

Except that this is life, so Disney stories don’t exist: her meet-cute with Christopher leads to one awkward date, and a lot of creative interpretation on the part of Lorna, leading to wild fits of jealousy and an attempt to put a homemade explosion in Christopher’s new girlfriend’s car. Although the title episode refers to a journey of personal discovery for Taystee (and a number of other anatomy-curious women at Litchfield), “A Whole Other Hole” refers to theÂ otherÂ side of Lorna, unveiling her prison behavior as a by-product of her mental illness, an obsession that continues to eat at her heart (look at her cry during the movie, with the bear she stole from Christopher’s house in her hands) and mind as she continues to bide her time, waiting for her freedom to return.

It speaks to how strong Yael Stone’s performance as Lorna is: in most shows, it would’ve been easy to paint her as a one-dimensional nutjob, obsessed with bloodlust after being rejected by a man. Her ability to convey Lorna’s disturbing dark side, without losing sight of what makes her character so vulnerable and lovable, ends up putting the audience through the wringer: should we be angry at Lorna for what she’s done (and what she does in this episode, running away to take a bath in Christopher’s house, wearing pieces of his fiancee’s wedding dress), or should we feel bad for a woman misunderstood by the system and the world? There’s no doubting that Lorna isn’t getting the help she needs in prison; and with Nicky messing around, having a contest with Boo, there isn’t really even anyone Lorna can talk to, if she wanted to tell anyone. It’s the kind of heartbreaking ambiguity thatÂ Orange is the New BlackÂ is so good at: at once we can feel sorry for, and disgusted by, Lorna, instantly turning her into one of the most complex, intriguing characters on the show.

The other big plot of the episode revolves around Taystee (who has almost become the show’s new protagonist, with the attention paid to Vee so far this season) learning about her urethra from Sophia – who designed one, so she knows a little about the anatomy (the scientific diagram she draws is probably the single-funniest moment in the episode). More so, it reveals another little twist in Taystee’s life: her friendship with Poussey isn’t as amicable as it always seemed, an undercurrent of unrequited love beginning to force a wedge between her and Poussey, whose attempt to get romantic with Taystee only spurns awkwardness and the knowledge that she’s failed in her attempts with Taystee in the past.

Not only does this add a new dynamic to their relationship, but it allows the show to start integrating Vee (who appears to be this season’s Big Bad, for lack of a more fitting term) into the world of Litchfield, using Crazy Eyes to get information about who is doing what and where in the prison. The drama she stirs up between Taystee and Poussey really serves two purposes: pushes out a woman who didn’t want her help (Poussey isn’t looking for a fancy prison hooch recipe, or to sell it), and further draws the racial lines between groups with her other comments and behavior throughout. One thing is clear: Vee isn’t a fan of how the black community in prison’s been playing second fiddle to the Latinos (who even get the front seats at movie night!), and she’s going to disrupt the entire status quo to “fix” it, in her own selfish ways.

The first true standout episode of the season, “A Whole Other Hole” revels in its central metaphor, a wonderfully apt anatomy lesson that points out just how little these women know about each other and themselves – and that with a little bit of exploration, they’d be able to move past the basic stereotypes they operate with in prison and draw closer to one another, through shared experience or emotion. But Vee looks to stand in the way of all that, letting the surface (literally the color of someone’s skin) define those around her. Driven by Lorna and Poussey’s unique heartbreaks, “A Whole OtherÂ Hole” is the first episode existing comfortably inÂ Orange is the New Black‘s new world order – and nails it, the first standout episode of season two.

– Piper’s sub-plot is magnificent: she tries to sell the friendly, over-talkative Soso to Big Boo for her blanket. It fails, and Nicky gets to reap the rewards in the chapel.

– we also get a number of nice scenes with cancer-stricken Ms. Rosa, who reveals to a fellow chemo patient that she used to rob banks. Let’s get an episode of her in season three before she dies, yes?

– Red and Piper as roommates is going to be awesome.

– O’Neill gets his anatomy lesson from Sophia, as well: I’m sure Wanda reaped the benefits that evening. Zing!

– the Larry/Polly stuff is already getting boring: it’s the cheating version of edging, which parallels season one nicely, but again makes me think of those unpleasant edging scenes in season one. 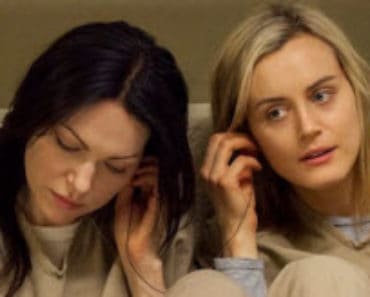 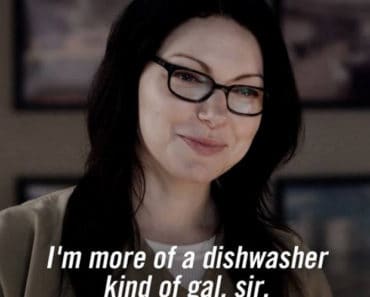 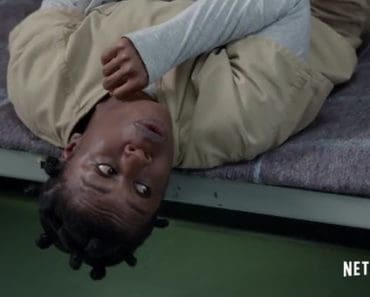 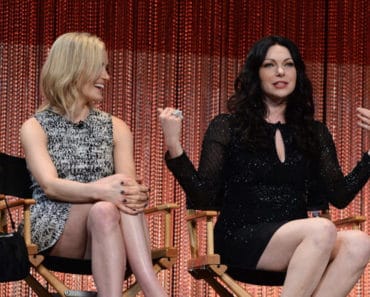 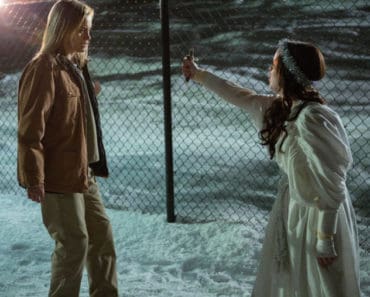