Home
Movies
The Original Jumanji Gets the “Honest Trailers” Treatment 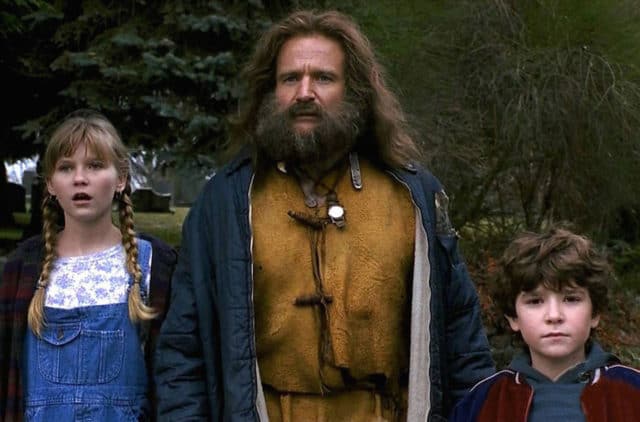 I was hoping Honest Trailers would be kind to Jumanji and was expecting that they’d be absolutely brutal. For once I was pleasantly surprised. Normally Honest Trailers goes for the jugular and doesn’t stop shaking until you have to wonder what it is that you saw in the movie in the first place while still trying to hold onto your own idea that it’s still worth holding onto. This time however it was a lot more kind than I’m used, so you might have to give me a minute.

Hold on, dizzy, not used to critic sites being nice….

Okay, now back to the article. To be honest, wink wink pun, the clip wasn’t all sugar and spice but it wasn’t that bad either. It definitely did it’s thing while still taking pot shots at the movie but it was a lot more forgiving than usual since it didn’t lambaste the movie like it normally does. Why? Because Jumanji, for whatever technical faults it had, was really a good movie with just a few misses here and there that could have made it an epic. It was a lot darker than some people remember since it dealt with issues that were essentially brushed aside in favor of reversing the effects of the game that were still making their way out and couldn’t be stopped until someone finally reached the middle crystal and called out the name of the game.

The PTSD felt by Sarah and Alan would have been far more crippling I imagine in real life if such a thing were to happen and might even send them into a very dark place that they wouldn’t be pulled out of so easily. But in a movie of course people can snap out of it easily if they’re reminded of the good times and coaxed gently with kind words. Wouldn’t that be nice if that’s all it took in the real world? But on top of this the game kept summoning one deadly surprise after another, and you would think that when you read on the crystal that you might want to get moving, you would GET MOVING. The first time, okay, you might not understand well enough that your life is now in danger and you might actually pause. The second time you could still be in shock and be trying to sort out just what’s happening. But really, by the third time?

The clues weren’t that hard and the shaking of the entire house would usually mean that it’s either an earthquake, or that something massive was coming your way and it might be a good idea to MOVE. Plus the fact that it was a kids movie negates any chance of seeing any serious, full on violence that could have driven the movie straight into a PG-13 or even R rating. Just imagine an adult version of Jumanji, there’d be blood flying in every direction it seems as the townsfolk had to deal with the sudden herd that was loosed during a stampede or mischievous monkeys that seem to feel the need to handle dangerous weapons. Then of course there’s the man-eating foliage and the lion and the spiders and, well, pretty much everything that comes out of the game to be honest.

Good movie, but with an adult version you know it’d be way over the top.