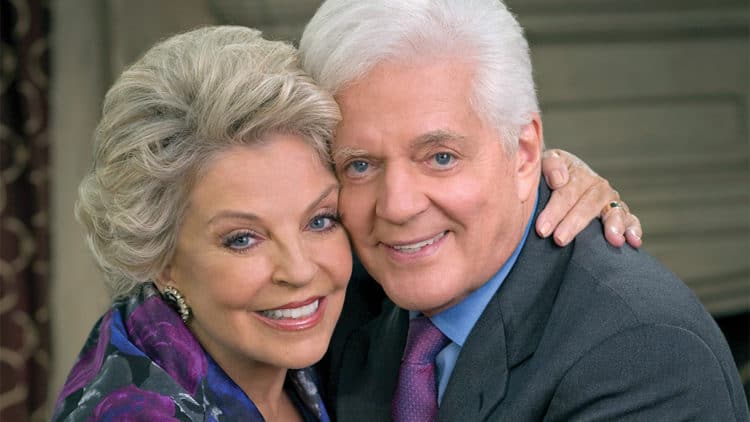 Days of Our Lives fans are just sitting here still in a shocked state of mind after realizing so many other things have been going on for so long. We cannot figure out what happened over the course of the past year other than the fact that so many things changed. So many people are different. So many people didnâ€™t make it through what they were going through. So many changes happened. We went to bed one night and everyone was what we knew them to be, with who we knew them to be, etc. and then they were all different. They were all a situation that didnâ€™t even cross our minds after the year fast-forward, but thatâ€™s all there is to it. We now know that some couples simply didnâ€™t make it, and that was one of the things that made us even crazier. Super couples did not survive; and we want to go through and figure out who we always found to be the biggest super couples on the show.

Do you agree with this one? We find them to be one of the most amazing couples on the show, and we have always loved them. We think that they might be one of the most iconic, one of the best, and one of the most comforting couples on the show. Sure, things have gone wrong for them more than once. Remember that time a fake year ago when she was lying on her bed in the hospital dying because she desperately needed a new heart and no one was there to give it to her? There were so many things about this that did not work for us, and we struggled with it. Now we get to see things unfold in a more positive manner, and we hope that she survives.

The couple who did not make it. They didnâ€™t make it work. Sheâ€™s with Justin now, and heâ€™s back to the show and making things work for him as best he can. Heâ€™s not happy that his wife is with another man, and we are not happy to see how that all happened for them. She needs to get it together and go back to being with Steve. We know that he was suddenly and abruptly arrested and taken to prison on espionage charges and things didnâ€™t work for him in that manner, and we didnâ€™t think that it would be fair for her to spend her life alone when he had no chance of ever coming back, but we do think that there is something to be said for her seeing him again. They are one of the most amazing couples on the show, and we do think that they will find a way to make it work for themselves at some point. We can see it happening.

If there is a couple on this show we love more than any other, itâ€™s this couple. They havenâ€™t always been able to make it work and get it together, but they do most of the time. They are good about being together when they are happy and even when they are not, but they are not always in a working position. There are times when they are not good enough to make it work, and there are times when other people come between them and make them feel as if they are not good enough to make it. Weâ€™d love more from them, but there is not always anything we can do about that. Thereâ€™s so much we can do, but thereâ€™s so much we canâ€™t. They are one of our very favorites, however, and we like it when they are happy.

They are sweet, even though he is not. She makes him better than he is, and he is someone who will do anything for her. They are a couple who makes it clear to us that anyone can make things work or happen in their lives no matter how much they have to give to one another. They donâ€™t mind that things happen as long as they are together through it.