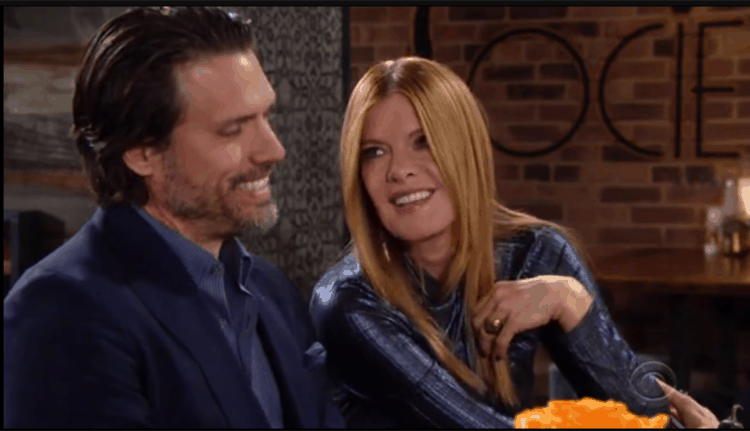 Young and the Restless fans have a hard time with a lot of things around here. There are a lot of people who make poor decisions, who make bad choices, who do things the wrong way. We have to figure this out for ourselves, and we have to figure out what is going on sometimes when nothing makes sense to us, but we always figure it out. When it comes to the moms on this show, we are sometimes confused about who is a good one and who is one that is not the best of the best, we do think that underneath all of their problems and their poor choices and their personal life issues, some of the mothers in Genoa City are really good moms. We want to recognize them today.

Of all the people who are on the show, we think that Sharon might be one of the best moms. She’s the only one who has not done anything super awful to her kids, so this is something we find important. We know that she gave up her daughter, Cassie, at birth when she was nothing more than a young child. But, she found her, she took her back, raised her, and loved her despite all her own issues in life. She is a woman who will do anything it takes to put her own kids first and to make sure she’s got everything in life worked out for her kids. She has always worked so hard to protect them and do what needs doing, and we love that.

She’s a young woman who has kids of her own, and she’s a good mom. She’s even good enough to take in and help raise a baby who is not her own, that her husband had when he cheated on her one night on a business trip in another country. He was drugged and forced to do this, but he did not know this at the time, and neither did she. In fact, he didn’t even know it happened and he didn’t have any recollection of it. But, she’s now raising that baby after his own mother died at birth. She lives a relatively quiet life when she can – when her personal problems are not getting the best of her – and she does what she can to make sure things work in her favor. But, for now, we also know that she has a few things that might make her feel a little differently about things. She’s been living a life that is quiet and relatively low-key, but we hope she will come back soon. We love watching her parent.

Nikki might not always be the best person, but she is always the best mother. She’s married to a man who has shown time and time again that he’s going to do what it takes to get what he wants, even when it means putting the kids last. She, however, will do whatever it takes to put them first. She’s killed for her kids. She’s lied for them. She’s put herself in the most danger imaginable to make sure she can get things done for her kids. She has done it all, and she’s proudly been a mother whose kids always turn to her for help even when it means pitting her against her own husband in the process.

She might have proven a long time ago that she has the worst taste in men, ever, but she’s been able to prove she’s a good mom. She’s made some questionable choices over the years, but all of them have allowed us to see her as a person who does whatever it takes to make her kids feel good, and to make their lives easier. She’s done everything for them, and will always. In fact, we’d love to see her come back and spend a little time with them now that Kevin is having a new baby when the show comes back. That would be great seeing as how we do miss her so much. She’s so good at what she does, and it’s going to be awesome for us to see this work out for her.