Home
Video Games
Our Initial Thoughts on the Outriders Demo 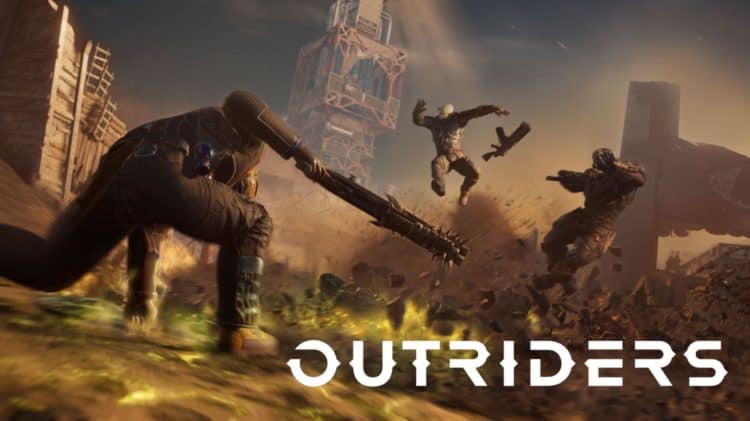 The upcoming looter-shooter developed by People Can Fly and published by Square Enix, Outriders, now has a free demo available to play on all consoles. I’ve put a few hours into it and quite honestly – I’m impressed. It takes a few missions to really get going and I was honestly pretty disappointed with the first couple of missions. However, once you unlock your abilities and some new guns it gets a lot better. You can access the Outriders demo from now until forever as it is a completely permanent demo. That’s right, there’s no time limit – you can play the demo however long you like. So, without further ado, here’s what I think about the Outriders demo. (I played the demo on PC, so I can’t say for sure how it plays on console.) I think this goes without saying, but this may include some pretty hefty spoilers for Outriders.

The content available to play in the Outriders demo includes the entire opening chapter to the game up to the first major boss fight of the game. In addition to the prologue and first chapter of the game, the demo also grants players access to a whole slew of side missions that you can continue to replay to your heart’s content. After playing through the main storyline of the game, I’m a little less than impressed with the dialogue and story, but I definitely think it’s got potential. When the game introduces you to Lord Seth (still a weird non-intimidating name, but whatever) you start to get a sense of the game’s main threat. There’s a huge tab of lore for the game – something that Destiny didn’t have for years, so if the goal is to build a world that people can delve into with all of their heart and soul, then they’re definitely on the right track. I can already see My Name is Byf creating a brand new series revolving around the lore of Outriders. I think the biggest challenge that Outriders will find is actually getting people to care about the world. While I will try to limit my comparisons between Outriders and Destiny, there are very clear similarities as well as striking differences between the two looters. Destiny has had nearly 7 years to build a massively expansive and inclusive world rich with history, they also were coming hot off of Halo, so people were already inclined to learn how the world worked. Outriders is a brand new game with nothing behind it. Anthem attempted the same thing, but couldn’t gain enough traction in order to keep players engaged enough to actually care about the world of Anthem. I’m really hoping that Outriders can pull it off and focus on creating a rich world full of backstory that eventually trickles into the game’s main story.

The gameplay in the Outriders demo is great….after the first couple of missions. When you first are able to take control of your character, the gameplay feels very bland. The initial guns that you’re given are very boring and totally flat; this wasn’t the greatest beginner experience to the game, but the more I played and unlocked more weapons and eventually my abilities (I chose Pyromancer for my first character), I was much more impressed with the gameplay. The guns end up feeling very good and it seems like the game will center more around using your abilities, but rather than ability spamming (which is definitely still possible), you’ll need to coordinate your efforts in order to disrupt heavier enemies and work with your team to take down the toughest threats. I switched back and forth between keyboard and mouse and my Xbox controller, but I still don’t really know which one feels better. There’s things that I like about both of these inputs and there’s things that I dislike about both of them  – I just haven’t decided which one feels better to me.

Performance-wise, the game has quite a bit of work to do. I have 16gb of RAM, an RTX 2080, and an Intel Core i7-8700K at 3.7 GHz and ran the game at Ultra settings. In the actual missions, the demo ran fine, but the major performance issues I ran into where in the “home base” area of the game, I don’t think I got above 35-40 FPS and the motion blur was not doing it any favors. I’m not really sure why exactly this area was as bad, my guess is there’s so much that is needed to render in one space? However, the official Outriders Twitter account has addressed the major issues that people have been having (namely 30 FPS lock in cut-scenes and the shaky-cam during dialogues) and they are currently working on solutions to these issues. They also said that motion blur would have an option to be disabled, so it looks like People Can Fly is already addressing issues within the game right off the bat.

The loot, from what I’ve seen from Twitter and other Outriders releases is definitely something to look forward to in the final release of the game. The higher-tier gear provides insane bonuses to your character and weapons, but even the lower-tier gear (Commons, Rares, etc.) have game-changing perks on them. The biggest thing that I love about the loot in Outriders are the set bonuses available on certain pieces of gear.

Overall, I’m having a ton of fun with the Outriders demo and I will definitely be playing the game on launch day. Let’s just hope it doesn’t end up in the dirt like Anthem.