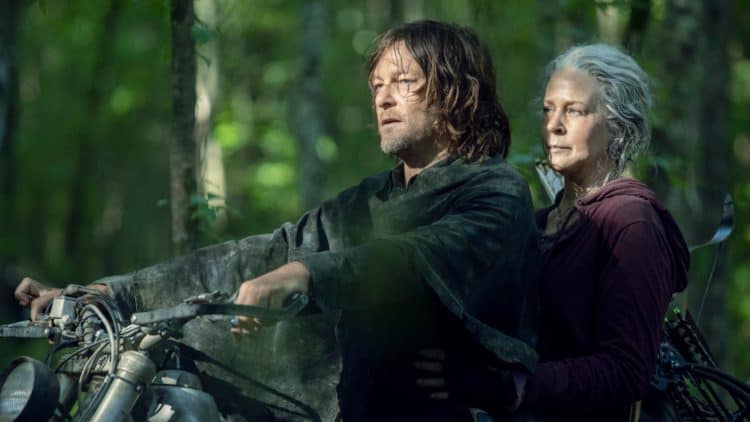 How well are fans going to take to a comedy spinoff of The Walking Dead after all that’s happened? There have been some amusing and comedic moments, to say the least throughout the long journey that’s been taken towards season 11, which will be coming up in 2021 and conclude in 2022, but for the most part, it’s been a horror drama that many people have had plenty to say about, be it good or bad. But the only thing we really know about the comedy spinoff at this point, other than the fact that it is coming, is that it will apparently deal with a Walking Dead villain that is known to the fans, even if they haven’t been named yet. That kind of leaves things open in a way that’s going to endure heavy speculation and will undoubtedly bring a great deal of theory into play since people have likely already started to piece together just what might happen with this comedy series and who will be involved. It doesn’t take fans long to start devising theories since some folks do this for a living and somehow make a pretty good chunk of money off of it. There are a few other spinoff ideas coming as well, but obviously, none of them are going to be headed to the screen anytime soon since the end of 2020 is just about here, and a lot of people are cheering while others are likely wondering if the other shoe is going to drop in 2021 and prove the doomsayers right.

What the next few years are going to mean for The Walking Dead is pretty simple so far since the spinoffs are going to be around for a while to come it would appear, while the Rick Grimes movie is one of the more anticipated movies that will be headed our way. A Daryl and Carol story is set to make its way forward hopefully, and the other spinoffs should be doing just fine as well. But a comedy spinoff still sounds like an odd choice for an idea such as this. There’s no doubt that comedy has found its way into the zombie genre in the past, but it’s still something that is kind of hard to equate with The Walking Dead since it’s been a serious show ever since it was first released. The humor to be found in this show has usually been pretty ironic or more like a giant sigh as the group has been able to move on and breathe a little easier for a while, while some moments have been filled with the kind of dark humor that one can’t help but admit is kind of difficult to laugh at sometimes, especially with the rest of the content that the show has to offer.

Movies such a Shaun of the Dead have done well since they started out as comedies even if they still had the very dangerous element, such as the zombies still eating people and mobbing those that didn’t move quickly enough and were overwhelmed. Even the Dawn of the Dead remake had a few comical moments in it that lightened the mood now and then. But going from a serious drama to a comedic show featured in the same world sounds like a daunting task that could pay off but could also be a huge risk since the whole idea of a zombie show or movie is that there’s impending danger around every corner and there’s not a lot of time to really get a good chuckle off or provide the kind of material that will make people laugh uproariously. It’s a different idea to be certain, but it could have enough merit to push it through depending on how it’s written and which villain is being brought back. When it comes to that aspect it does feel that there are a couple of names that could be added to the list, but that would bring into question just what time period the show would be covering since there are plenty of villains that have bit the dust over the course of the show and bringing them back could be kind of problematic. Trying to think about who would fit the bill and how this would be brought into the TWD universe is kind of difficult at this time, but it has more to do with the idea of thinking of how to make the show into a comedy rather than a drama that’s serving as the main sticking point. We’ll have to depend on the writers to perform their magic and wait to see what they have in store on this one since otherwise, the possibilities go down some rather silly avenues of thought.

It’s been quite a journey with The Walking Dead cast, but seeing how the spinoffs are going to work should be interesting.