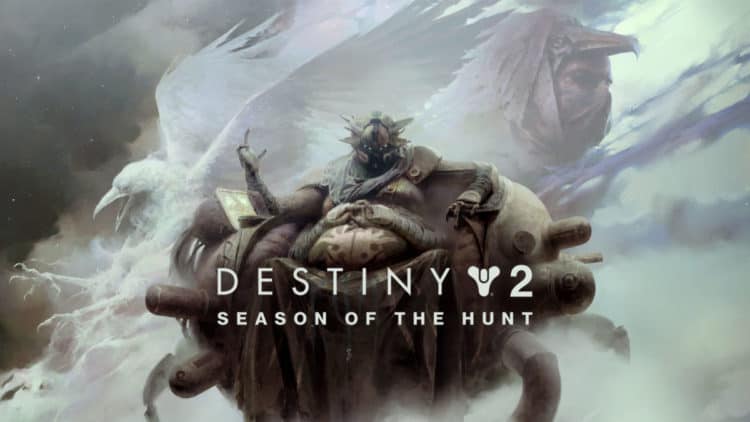 With the twelfth season of Destiny 2 coming to a close in just under a week, we’re bringing you our thoughts on the season as a whole. I’m actually quite happy with the length of this season as the previous one, Season of Arrivals, had been way too long due to the delay of Beyond Light in November 2020. That being said, I’ve still got some issues with it, but is it the worst season ever? Absolutely not. Season of the Hunt has had its issues, but it most certainly is not the worst season – in my opinion Season of the Worthy is the worst season, but that’s another article entirely. So what exactly do I think of Season of the Hunt?

When I first loaded up a Wrathborn Hunt (although I was still convinced it was Wraithborn) I thought that it was a super cool and somewhat unique activity that Bungie added. It seemed simple enough – complete activities to charge your lure, slot in a prey mod, search for the Wrathborn on the Tangled Shore or the Dreaming City, and complete the activity. I liked the fact that you actually had to hunt down the boss and track it rather than just be shown exactly where it was (I do understand that it essentially does the same thing, but it’s not right there in your face.) I hopped in with 2 of my friends (shoutout to Anthony and Jordan) and we breezed through our first Wrathborn hunt like it was nothing. I thought, okay it’s the first day of the season we’ll probably get more difficult hunts later on in a couple of weeks – we did not. Wrathborn Hunts stayed the same for the entire season. That kinda sucked and I was incredibly disappointed that these were not challenging in the slightest. I could literally complete one solo in less than 5 minutes it was that easy. I think that Season of the Hunt would have been much better and would have appealed to everyone in the community including the hardcore and dedicated members that are constantly looking for a challenge. Overall, I was pretty disappointed with Wrathborn Hunts, although they were a pretty easy way to farm some seasonal weapons, I guess. We’ll see if they change at all for next season since they’re sticking around for a little while.

Season of the Hunt loot was….fine. It was fine. The guns were fine, the armor was fine, although the Season Pass armor ornaments were actually pretty sweet (albeit weird.) The Season of the Hunt Season Pass itself, however, was a pretty big letdown. It had some cool shaders, quite a lot of Bright Dust, and plenty of Exotic engrams, but everything else was not great. I mean, the Ghost shell? The Sparrow? Maybe it’s just me, but I’m not a fan of either of them, they just don’t even seem to remotely fit the “hunt” theme of this season. Now, let’s talk about guns. The Seasonal Exotic, Duality, was also a pretty big letdown – it’s got potential, but the gun, as it stands, is…okay at best. I liked the ornament that you get at Season Pass rank 100, but other than that I don’t think I’ve touched this thing since day one. The other seasonal weapons including the Royal Chase scout rifle, the Friction Fire SMG, the Deafening Whisper grenade launcher, and the Corsair’s Wrath linear fusion rifle, they’re all fine. I’ve tried using them to add some variety to my playstyle, but I just can’t get down with any of them. They feel incredibly powerless and just not good to use. Here’s hoping that Season of the Chosen Season Pass will be better.

With Season of the Hunt we got a new Exotic quest for the fan-favorite Exotic Hand Cannon, Hawkmoon, returning from Destiny 1. This was actually a really good quest that I enjoyed playing to get my hands on the weapon. After players finally got their hands on it, however, we found out that we were able to get random rolls on it. This led players to speculate if and when we would get another quest to obtain random rolls of the weapon. Weeks came and went with not a single word about the quest and players began to lose hope, until one day we finally got a brand new quest that, when completed, gave players 2 randomly rolled Hawkmoons, a couple of Feathers of Light, and the Hawkmoon catalyst. After that, the quest for the gun was over, but the quest for a new Exotic ship was just beginning. For this quest, you needed to complete the “Harbinger” mission in order to collect more Feathers of Light. While the Exotic quest this season wasn’t as big as Zero Hour or The Whisper, it was better than others we’ve had in the past and I’m actually pretty happy with how it turned out.

Overall, Season of the Hunt was a disappointment with some redeeming qualities (namely Crow.) Unfortunately, it lost me after the first couple of weeks and once I hit Season Rank 100 and completed all of the Raid challenges, the time I spent on Destiny 2 dropped drastically. I am patiently waiting for Season of the Chosen to bring us something more worthwhile and hopefully a reason to come back to the game.