Home
Outlander
Outlander Review: Jamie Moves On, Not Knowing His Destiny Is Coming 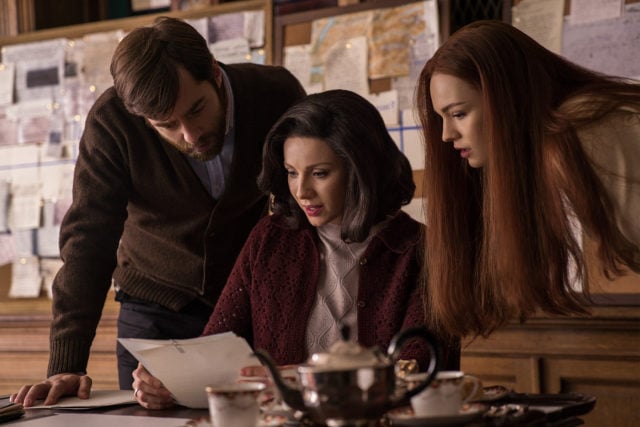 For anyone unfamiliar with the Outlander books, Lord John Grey isn’t just a pivotal character, he is the pivotal character. We already saw how he changed Jamie’s destiny by setting him free. Even Grey could not have realized how important a role he would play in Jamie’s life. We know that Jamie and Claire’s upcoming reunion could not be possible without John Grey, but his friendship with Jamie literally turns our hero’s life around. I daresay that John Grey’s actions shown in “Of Lost Things” didn’t just save Jamie’s life, they brought Jamie back to life.

By sending him to Helwater, Grey set Jamie on a collision course with a high lady who gives the one thing Jamie never thought he would have-a natural born son. Under the name Alexander Mackenzie, Jamie catches the attention of one of the ladies of the house, Geneva. Betrothed to an old man and with just too much time on her hands, Geneva becomes fascinated with Jamie. After witnessing the tension between him, Lord Grey, and his brother Melton, Geneva realizes she has something to entertain herself with. Geneva blackmails Jamie into taking her virginity by threatening to out his identity to her mother, thereby ensuring his dismissal and possibly his arrest.

What Jamie quickly realizes is that Geneva isn’t just doing this out of pride or sport. She wants her first time to be with someone she trusts, someone she knows won’t hurt her. Jamie can’t say a word when Geneva turns up pregnant, but she does confide in her sister Isobel that Jamie is her son’s father. Geneva dies in childbirth, and to prevent her husband from killing the baby, Jamie has to shoot the man while he is holding his son. Isobel names the child William, not realizing that that was also Jamie’s late brother’s name.

After his heroics, Jamie chooses to stay at Helwater to raise his son. No one but Isobel knows this at first, but the resemblance soon becomes too apparent. Lord Grey returns to marry Isobel, and promises to care for young Willie. It seems an odd arrangement for a former prisoner and his warden, but John and Jamie are true friends. John has shown such kindness, that Jamie offers him what he has always wanted-Jamie himself. It’s not that John isn’t tempted, but he has too much honor to do that to a friend. Of course, if you do know the book series, you know that this conversation ended in a slightly different way.

Claire took Jamie’s heart with her when she left. Willie gave it back. He became Jamie’s whole world, and brought him true joy again. One day, Willie will know who his father is and why he had to leave. For now, Willie will have to hold onto Sonny the Snake 2.0, and his papal name William James.

Picking back up in Scotland, 1968, Roger, Claire, and Brianna are hard at work tracking Jamie’s movements. Roger theorizes that time moves at the same rate, so they would want to track Jamie 20 years into his future as well. As Claire grapples with the real possibility of finding Jamie, Brianna and Roger each have their own apprehensions about what it would mean. Brianna might never see her mother again, and Roger might lose the woman he has fallen in love with. They hit a dead end, and instead of fighting, Claire gives up. The pain of continuing this journey is too much. Only a miracle, and her daughter’s blessing, can give Claire the push to find Jamie.

Did Lord John Grey save Jamie’s life? Is it fair to give him a large amount of credit for the reunion coming next week?

Jamie and Claire each choose to move on with their lives, but Outlander‘s most pivotal character unknowingly gives both hope.