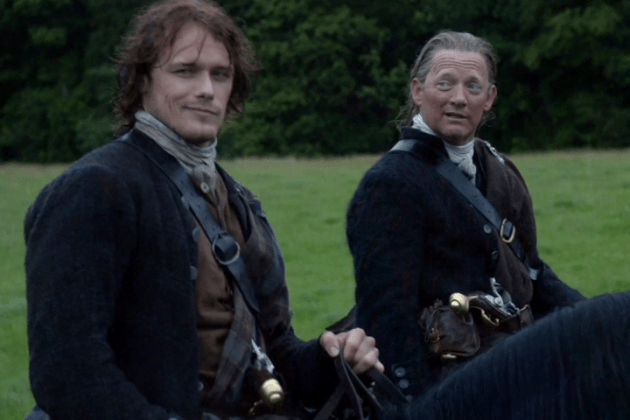 I’ve always been critical of television shows and their inability to follow through on the danger they put their characters in. Everyone knows that the main characters of a drama are in no real danger, and no matter how bad a situation they are in, they will always find a way of it. To give it a name, I’d call it “danger fatigue.”

But now I’m experiencing the flip side of this withÂ Outlander.Â Claire is in such a unforgiving place that every move she makes could put her in real trouble. The threat of violence, especially the sexual kind, is ever-present, and while this makes for consistently suspenseful television, it’s also exhausting. In psychology, there is the acronym GAS, which stands for General Adaptation Syndrome. It is split into three stages:

Resistance— the things your body does to fight against stress, like cutting back on workload to conserve energy.

Exhaustion— your body just can’t take it anymore and starts to shut down.

I am firmly in the Exhaustion stage. I just can’t take it anymore. Every time Claire makes a even slightly questionable decision, I am afraid it is going to lead the the inevitable horrors that have been waiting at the dark corners of every setting, character, and plot. In my notes, you almost discern the spots in which hair-tearing occurred; it’s basically every time she breathes.

This episode was my breaking point. I almost dread watching these episodes. But they’re almost always good, and sometimes (more often than most) great, and it’s an impossible story to stop watching. I want to know what happens with Claire; she’s obviously not stupid, and she knows what kind of danger she’s always going to be in. Obviously, it highlights the depth of the feelings she has for Jamie.

One of the things that this episode did reveal, however, is that Jamie is the exact opposite of Claire in terms of danger. I’ve spoken at length at Jamie being a Superman-like figure, whose goodness is the alpha and omega of his character. But Jamie cannot die because of that. Jamie is always going to be captured by the redcoats and tortured and then saved, because the story requires him to come to the brink but never die.

But I want to focus on Jamie joining The Watch for that raid. Yes, he was forced to do so because of the death of Horrocks, but he was clearly itching to get back into combat. The one thing about Jamie that is 100% indisputable is that as a fighter, he might have no peer. MacQuarrie described his as a warrior, and that feels more precise; Ian is a soldier, and Jamie is a warrior. The difference, I think (at least in this world), is that Jamie is always like this. That rage and violence is as much a part of him as hisÂ proto-feminist ideology is. Jamie has everything that he could possibly want as ruler over the Fraser clan, land, and tenants, and yet he still wants to spill blood. I think that’s a fascinating character choice, and you have to wonder if Jamie batting a thousand in these deadly encounters has emboldened him. Him not dying in these episodes, if we are to assume that they are significant outside of construction an episode of television, could push Jamie towards a kind of suicidal megalomania that goes into battle and assumes he will make it out alive.

tl;dr— this show exhausts and scares me. Also, Jamie is awesome.

– Jenny was back on her feet three days after a childbirth that involved no anesthetic. No thanks.

– That pockmarked Watch member needs to get slapped around a bit. Dude is super disrespectful.

– Three episodes left, I believe. I’ll be interested to see how they set up future seasons; obviously, the supernatural aspects of it come into play more, because of what Gellis said and because we can only see Jamie get popped by the redcoats so many times.