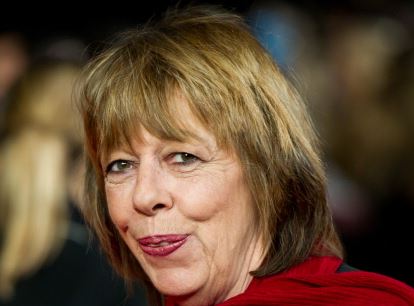 Well, look at this bit of “magical” casting for Outlander.Â Harry PotterÂ actress Frances de la Tour has signed on to play Mother Hildergarde in the second season of the Starz drama, another important role in Diana Gabaldon’s second novel,Â Dragonfly in Amber, the book on which Season 2 ofÂ OutlanderÂ will be based.

In the novel, Mother Hildegarde is the commandingÂ Mother Superior of Paris’ L’Hopital des Anges, a hospital at which Claire spends a a large amount of her time at inÂ Dragonfly in Amber. Therefore, we should definitely expect de la Tour and Caitriona Balfe to share quite a few scenes together.

In addition to her role as Madame Maxime,Â the headmistress ofÂ Beauxbatons Academy and love interest for Hagrid, in theÂ Harry PotterÂ films, de la Tour is also a Tony Award-winning actress, whose other film roles includeÂ Into the WoodsÂ andÂ Tim Burton‘s live-actionÂ Alice in Wonderland. On the TV side of things, she’s appeared in theÂ ITV series Vicious and the BBC One comedyÂ Big School.

OutlanderÂ Season 2 begins with Claire and Jamie’s arrival in France after the horrific events that occurred at the end of Season 1. Production on the Starz drama’s second season is currently underway, and it is slated for a 2016 debut.

Frances De La Tour is intelligent and commanding, which is why she’ll make a great Mother Hildegarde! #Outlander pic.twitter.com/2J9ZPeHflw