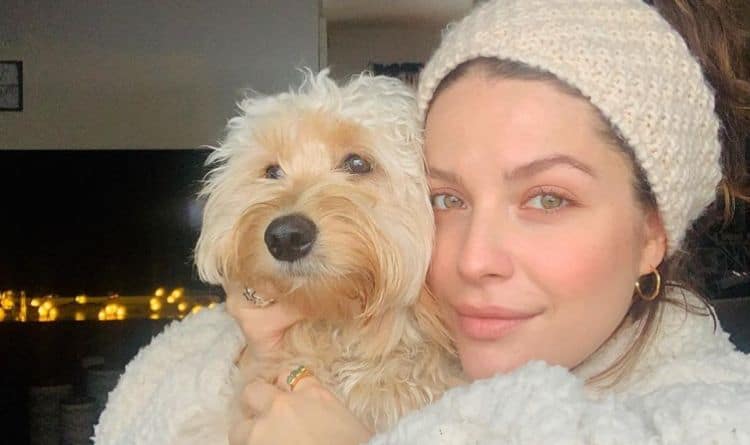 Who doesn’t love a good medical drama? ABC knows all about how much the world loves their fictional hospital stories, and that’s why they bring the best ones to our televisions. “The Good Doctor,” is one that stars the likes of Paige Spara, and the show has so many fans who want to learn more about the woman who portrays Lea Dilallo. She’s very quiet about her personal life, so she’s not always out there in the tabloids or being photographed, but she’s someone worth getting to know a little better. Here’s what we’ve learned about her.

Born just as the 80s were coming to a close, she did get to grow up in the last of the pre-technology generation. She grew up in the play outside until the streetlights are on generation. The one that didn’t have social media in middle school and cyber bullies didn’t exist. She was born on August 9, 1989, just a few months before the 90s, so we just know she has some amazing elementary school class photos lying around somewhere.

She’s exceptionally educated. It might be quicker for us to list the places she did not take classes and become so much more intelligent and talent than she was before she began. She attended both the Pittsburgh Community Theater and the Irondale Theater in New York City. She spent two years in Pittsburgh attending Point Park University. She then spent time at Marymount Manhattan College, which is where she officially graduated back in 2012.

3. She Comes From a Big Family

Paige Spara grew up in a busy household. She’s the middle child of three. Their father, Kevin, owns a hair salon. Their mother, Kim, is a dental hygienist. She’s the middle, but the second sister. The first born is her sister Taylor. The baby of the family is her brother Jesse.

4. She’s Been Acting Since Childhood

She was only 12 when she first decided to take a shot at acting. She joined the Kids’ Theater in her location community. She also took part in her acting classes while she was in high school. Acting has clearly been in her blood all her life.

5. She Had A Really Fun Job

Sometimes you have to do things you don’t want to do to make ends meet while you’re waiting on that big new job to come along. She did, but her jobs were a lot more fun than the waitressing and nightclub jobs you hear so many other actors talking about. She spent some time in NYC working as a “Gossip Girl,” tour guide and she was the girl on the hologram welcoming people to Washington’s Dulles airport. Such a cool job.

Before she got the job she’s famous for now, she spent some time doing work in the commercials. She worked for companies like Volkswagen and Sally Hansen. She also did some commercial work for Forevermark Jewelry. She did a lot before she was a famous star.

7. She’s Working on a Podcast

We don’t know much about it yet, but we do know she’s spent the last little bit of her life working on it. We wonder if it’s a pandemic project? She’s working on something called “The Inbetween,” and we are a little excited to hear what it might be about and how she will make it work.

8. She’s A Believer in Escapism

She’s done some talking about how the show came back after the pandemic hit, but she’s adamant that they’re only going to touch on the pandemic for a moment and then move on from it because the show is not about reality. It’s about escapism that brings to a place they can go when they don’t necessarily want to face their own reality. We like that.

She’s not going to sit down and talk to just anyone about anything. She’s got a lot going on in her life, and she’s fine with that, but she also has a situation in her life where she’s working very hard on things like keeping her private life to herself. She believes in keeping things out of the public eye, and we see no problem with that.

10. She’s Excited About Her Character

She loves the role she has on her ABC show, and she’s very excited about where it is going and how it is going to take her character into a deeper place. She feels that she’s going to have her character’s history come to life a bit, and that’s an exciting moment for her.