Well, well, well. It seems as if the powers that be over at Parenthood have been reading my mind because the major negatives about the show were almost completely erased in the sophomore drama’s midseason return while the bountiful positives were showcased wonderfully in each of the four storylines. We got to see some long forgotten members of the family front and center (Drew actually had a storyline, this time involving his drink with Zeke in the last episode and the sensitive soul’s n 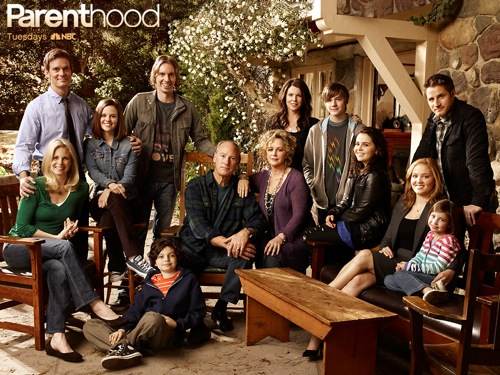 eed for acceptance from his peers); the hardest Bravermans got to express some much needed vulnerability (Julia’s continued struggle to get pregnant, Sarah’s guilt over choosing a chemically dependent Seth to father her children, Kristina’s torment over wanting to see Haddie happy with Alex and realizing that he’s too much of a ‘grown-up’for her); and most importantly, due to the fact that the families were segregated for most of the hour, there wasn’t any room for the chatty bunch to talk over one another.

The last few minutes of this episode of Parenthood were especially telling in terms of the overall arc. The show has a tendency sometimes to wrap things up a bit too tightly, but three of the four storylines were left without resolution, so expect them to carry over through the rest of the season. Crosby is still learning how to parent Jabbar, as his naturally youthful spirit can’t seem to take on role of disciplinarian. After our resident manchild finally grew a backbone, the actual child threw a temper tantrum that said this power struggle would not be going away anytime soon. Haddie’s decision to continue to see Alex despite her parents telling her that she couldn’t was the most intriguing yet maddening part of the episode. While I actually like Alex and Haddie together, as he brings her down to earth a little more, Haddie’s character has really only been defined by the relationships that she’s been in. First it was Steve and now it’s Alex. Sure, she’s had a few moments of character development (i.e. the student council election from earlier this season), but I can only hope that when her time with Alex is done, she’ll have learned from his mature approach to life and apply it to her own.

Everything wasn’t as grim and sad as it sounds, though, as Sarah and Julia had a girl’s night out in celebration of Sarah’s Year of Fun and No Relationships that Zeke tagged along with. Some of my favorite bits of Parenthood are when the siblings are getting along and just having a good time, as the cast has delightful chemistry, so seeing the two diametrically opposed sisters sharing a bottle of wine (sadly, there was no cameo from Cougar Town star Big Carl) and swapping horror stories was a nice break from the rigors of being a parent. From the sounds of things, it’s going to be a regular occurrence, so hopefully they don’t run out of boy/lipstick stories and try their best to party like it’s 1999 and not 1998.

Grade: B+
Absent This Episode: Camille (Amber only had a minute or two of screen time and Max had a handful of loud, inappropriate lines, but both were technically present this episode)
Episode MVP: Drew
Favorite Bits: ‘The beast’= Zeke’s 60 year old tractor, Joel calling Sydney ‘turnip’, Adam/Kristina alone time, ‘Things look sad when they’re dead’, an expanded look at who Alex is
Next Week: We meet Adam’s new boss and he’s not exactly the professional type. Good going, Billy Baldwin. 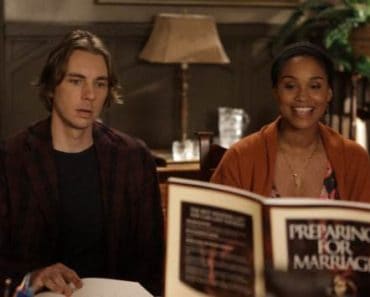