Home
Parenthood
Parenthood: Were You Spoiled By the Ads for Last Night’s Episode? 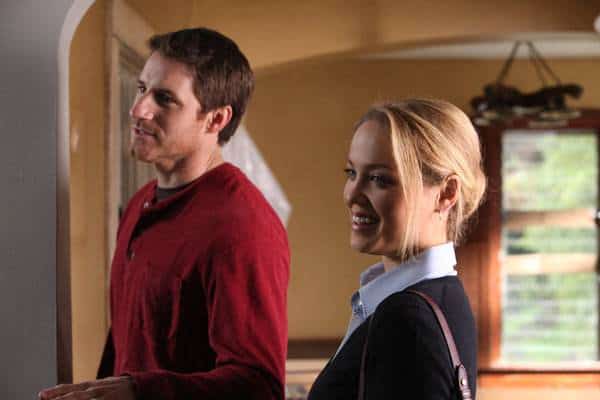 Working in a network’s marketing department must be all kinds of pressure. You have to make distinguishable ads that tease the viewer just enough to get them to try out a new show while making each successive promo accessible enough to snare casual viewers and non-spoilery enough to appease longtime fans. If the show you’re working on isn’t successful, one of the first things people jump to scapegoating is the marketing, but you don’t hear as much about the marketing if a show is successful.

In short, marketing a show is hard, y’all, and I wish the wrath of an angry fanbase on no one.

That’s why I hesitated on bringing attention to the ads for last night’s episode of Parenthood. The sophomore drama has been a big hit in the blogosphere, especially this season, but it’s never been a runaway ratings hit, though it’s the second highest rated drama on NBC (behind only Law & Order: SVU). That being said, I totally understood why the promo for the episode gave away the ending of the episode, as ‘Slipping Away’ended on a cliffhanger that is sure to bring the emotional sledgehammer next week in Parenthood‘s second season finale. It was a very crash-bang abrupt kind of scene with one of our main characters being put in jeopardy and if the show caught a few casual viewers with something like that, they’re more than likely going to stick around next week to see how the aftermath of this episode plays out.

That being said, I wish I didn’t know the climactic scene was going to be in the episode. I know, it’s my fault for even watching promos instead of going into the show totally ‘clean’and I accept that; I just think the show would have been better served to let that moment have more of an impact by not revealing it until the episode aired. While I may have still recoiled when watching the scene in question (and said ‘wow’under my breath as the show cut to the credits), I kept wondering when the event would happen and if we’d get any sort of reaction, so I was looking for something that should have been a huge twist. That’s not to say that I didn’t still enjoy the show immensely; the element of surprise was taken away and I was a little let down.

In a perfect TV world, no one would have known the ending of this episode and word of it would have spread after the episode, culminating in a hotly anticipated finale. Alas, this isn’t a perfect TV world, but I’m still very much anticipating the finale of Parenthood after a pretty gut wrenching last half of the season. The thing that put my anticipation over the top? You guessed it: the ad that aired after last night’s episode. Touche.