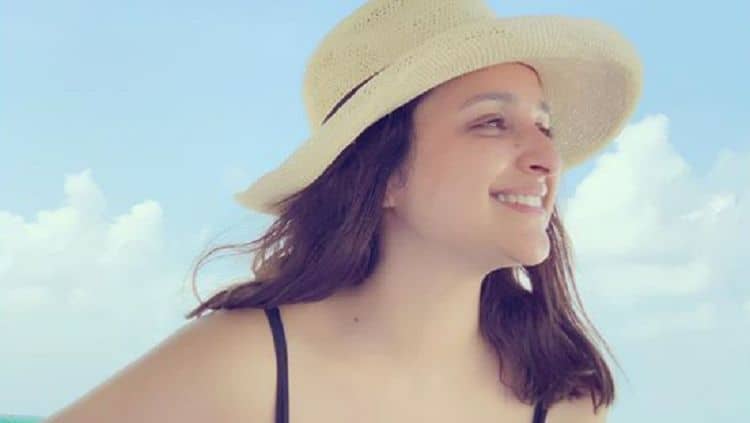 Indian actresses and actors make great movies, and they become just as famous in India as American actors and actresses do in the states. We might not hear as much about them as we do our own celebrities, but that doesn’t mean they’re not just as famous. Parineeti Chopra is one of those actresses. She’s been working a long time, and she is very good at what she does. She has a huge following and fan base, and everyone wants to know as much as they can about her life, her personal life, and everything in between. Let’s find out a bit more about her, shall we?

She’s not that old, but she still looks much younger than she is. She was born on October 22, 1988. She got to spend a good year living it up in the 80s, even if she was only a baby. She still got to spend her childhood in the 90s, and that’s probably one of the best times to be a kid.

2. She Grew Up with Her Family

She’s got a large family, and she spent her entire childhood with them. She lived with both of her parents. Her father was a businessman, but he also worked as a supplier for the Indian Army. She also lived with her two brothers, though we don’t know where they fall in line in terms of age and who is oldest, middle, and the baby.

3. She’s Got a Famous Cousin

If you think her last name is familiar, that’s because it is. She’s not just a famous Indian actress who has been making a living being famous for many years, she’s also a cousin to the very famous Priyanka Chopra, or wife to Joe Jonas as we all like to call her. They lived together for a time when they were young adults, and they are very close.

4. She Had Very Different Dreams

Growing up, Parineeti did not dream of becoming a famous movie star. No, she actually had some other dreams in mind. She was a very studious child, and she loved school. She did quite well with her studies, and it was her dream to grow up and become an investment banker. We can see that this did not work out for her, but we have no doubt it could have if she didn’t turn to acting.

She left home to learn more when she was only 17. She went to England, and she earned a pretty good education at the Manchester Business School. She has a triple honors degree, if we are being upfront. Her degree is in business, finance, and in economics. Did we mention she’s highly intelligent?

6. She Had a Cool Part-Time Job

While she was at university, she also had a part-time job that is pretty cool. Most people her age had part time jobs that might have consisted of being a waitress or working at the mall or babysitting or walking dogs or whatever. She didn’t. She worked for the Manchester United Football Club. She was the team leader in the catering department, which seems like a super cool job.

In addition to being a very talented actress, she’s also a lovely singer. Not just talented, though; she’s classically trained. She is a trained Hindustani classical singer. She also has a bachelor’s degree (also an honors degree) in music. We told you she’s as smart as they come.

When she’s not working, she’s giving back. She’s heavily involved in many philanthropic works, and she’s quite proud of that. She’s into eco-friendliness, supporting young women, the Shanbana Azmi Mijwan welfare society, and so much more. There are so many causes that are so important to her.

Not from alcohol or drugs or anything serious like that. She’s detoxing, for the second time, from social media. She’s done with it. She recognizes when things are not going well on the internet and when she needs a break to sit back, detox, and make some changes in her life. She is quite good at that, and she’s someone who does make it seem so good for everyone.

Not too many people can say that they are world-class celebrities but aren’t really involved in the life. She can. She’s not like most celebrities. She keeps her private life as private as possible, she does not participate in many of the traditional situations that actors do, and she works very hard to ensure that her life is spent giving back and doing important things.