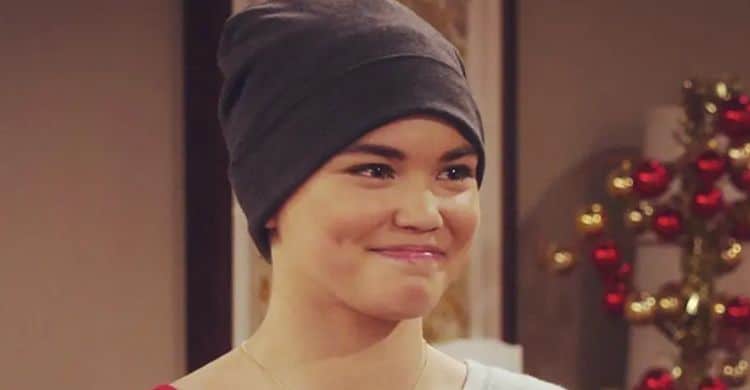 At 21-years-old, Paris Berecl is already on the path to having a legendary career. She got her start as a model when she was jst 9-years-old. Even at such an early age, it was very clear that there was something special about her. Over the years, that feeling hasn’t faded and she has blossomed into a talented adult. Since making her on screen debut in 2004, Paris has gone on to land several roles. She is best-known for her starring role in the Netflix original series, Alexa & Katie. Her ability to be comedic and compassionate has helped show her range as an actress, and there’s no doubt that she possibilities are endless for her. Continue reading for 10 things you didn’t know about Paris Berelc.

1. She Was A Competitive Gymnast

Paris has become very passionate about acting over the years, but gymnastics is her first love. She says, “I used to be a level 10 and I was training 20 hours a week. I haven’t trained in about 2 years. The first few weeks of getting back into were really tough. I would wake up the next day not being able to move. But I’m starting to get the hang of things again and more skills are starting to come back to me. I love being able to get back into the gym and flip around for fun.”

After the murder of George Floyd, protests against police brutality have taken place all across the United States. Several other countries have joined in as well. Many celebrities have been using their platforms to support the fight against police brutality and racial injustice. Paris has openly expressed her support for the Black Lives Matter movement and has encouraged her followers to donate to the cause.

Netflix is the biggest streaming platform in the world and getting a role in a Netflix series can easily change an actor’s career. Luckily for Paris Berelc, she has already landed two. She is best-known for her role as Alexa Mendoza on Alexa & Katie, but she also had a small role in the series, Tall GirlÂ in 2019.

4. Sushi Is Her Favorite Food

If you had to pick one favorite food what would it be? Most of us would probably struggle with trying to narrow it down to just one, but for Paris Berelc, the answer is easily sushi. She says, “A lot of people say they love sushi but only get a California roll. That’s not real sushi to me haha. I could honestly eat it every day. I’m a sucker for spicy so I always get spicy tuna or yellow tail sashimi with jalapeÃ±o.”

5. The Beach Is One Of Her Favorite Places

Paris’s favorite thing about living in California is the beach. She loves spending time at the beach and considers herself a “beach person”. When she has free time, she loves to plan beach days with her friends and family where they can all hang out by the water and enjoy good food.

6. She Loves To Sing

Paris is a big music fan and she loves to sing and she’s actually pretty good. Although she doesn’t consider herself a singer and has no intentions of pursuing a career in music she does enjoy singing for fun. She has uploaded a few video covers of her music on her YouTube channel.

7. She Wants To Play A Villain

So far, most of Paris’ roles have been relatively lighthearted. However, she has her sights set on playing a wide variety of roles, She told Talk Nerdy With Us, “I want to play a villain. I want to be in an action movie.”Â  She adds,Â  “I would love to be in a romantic comedy…I also want to write and produce my own work.”

Acting is her number one priority, but she she may want to get involved behind the scenes at some point. She loves to write and has already written a pilot that she wants to pitch to a network at some point. She didn’t go into detail about what the pilot is about.

9. She Learned To Love Herself In L.A.

No outside is complete without the perfect pair of shoes. As a shoe person, this is something that Paris Berelc would agree with. She says she is “obsessed” with shoes and owns over 40 pairs. Some of her favorite brands include Louis Vuitton and Steve Madden.