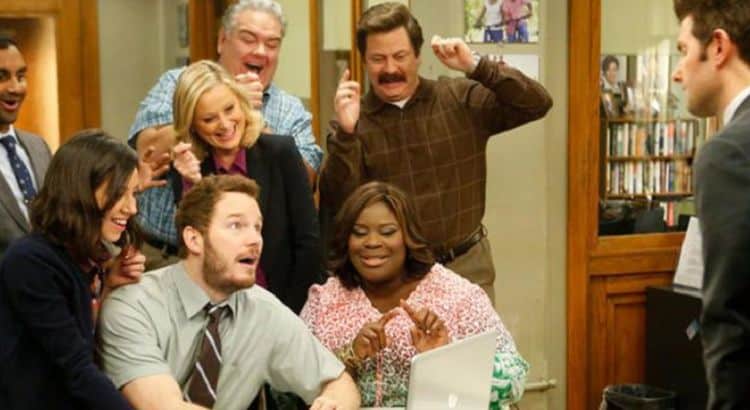 As Jeremy Dick of MovieWeb highlights the fact, getting the cast of Parks and Recreation back together for a reunion special wasn’t all that hard. Well, that could be that like most of America the stars are on lock down and thanks to the studios being shut down there really isn’t that much for a lot of people to do, including celebrities. But getting past that fact the idea is that the show will be coming together to host a reunion episode that will be keeping with the quarantine idea and will be shown from each individual’s home in a manner that will hopefully entertain the intended audience and do some good at the same time. The whole goal of this is, beyond giving people something fun and familiar to watch, is to raise money for the Feeding America charity, thereby helping out those in need while keeping the actors busy and the fans appeased. How this is going to work is anyone’s guess at this point but with social distancing still very much a practice it’s bound to be kind of interesting to witness. With each cast member filming their own part of the show at home it’s going to feel a little disjointed but at the same time it might be just different enough that it will hopefully be something that people can get behind since the show will be touching on current events and therefore will be speaking to the people in a way they can understand.

During the show’s run it was one of the favorite programs out there and it did generate a great deal of buzz that is still heard today since many fans would love to see a comeback of sorts. Likely as not that won’t happen since the scheduling conflicts of many of the cast members wouldn’t allow for it and as it’s been seen, bringing a show back isn’t always the best idea in the first place. But given that the face of entertainment is already changing in a big way thanks to the coronavirus it’s very likely that Parks and Recreation won’t be the only show that will be attempting to help out those in need and bring back a bit of the humor that it was known for so that people can enjoy themselves while on lock down. It’s still a bit hard to think that people are truly ‘suffering’ simply because of the lock down, apart from those that are unable to go to work due to their job being seen as non-essential or incapable of practicing any social distancing due to how they operate. This has become a time when those that are out of work truly need some help and it’s thankful that shows such as this are willing to do something to help out.

There are those that are thinking that the half-hour special will open up a doorway to a revival at a later date, but in all likelihood it might be better if it didn’t, at least not until the memory of the show is a little more distant. For those that are thinking that it would be great to see the show come back they might need to be reminded that it only ended in 2015, and while five years might sound like a long time the show has remained popular throughout that span and if anyone is paying attention, a lot of shows that have tried to make a comeback after so little time has passed haven’t always done that well. It might pay to let another five years or so pass before really thinking about digging in with a revival and trying to make the show into something akin to what it used to be. Observing how the single episode is viewed might even be a good way to gauge just whether or not a return to the show would be a good idea, since despite the fact that many people are more than willing to see it, many fans tend to go with the flow when they see a trend in the making and don’t think too much about the possible outcome. In other words, people ask for things they don’t really want simply because they see other people wanting it as well. Chris Harnick of E! News has something to say in his own words on this subject.

While the upcoming reunion episode should be a pleasure for the fans it’s easier to think that moving on from Parks and Recreation is the better idea since the main cast have all gone on to other projects and the show did end on a good note. Going back to something over and over in the attempt to keep it around is a good way to degrade the quality and eventually ruin whatever greatness it once had. With that in mind, hopefully this one episode will be enough to help people in a couple of different ways.