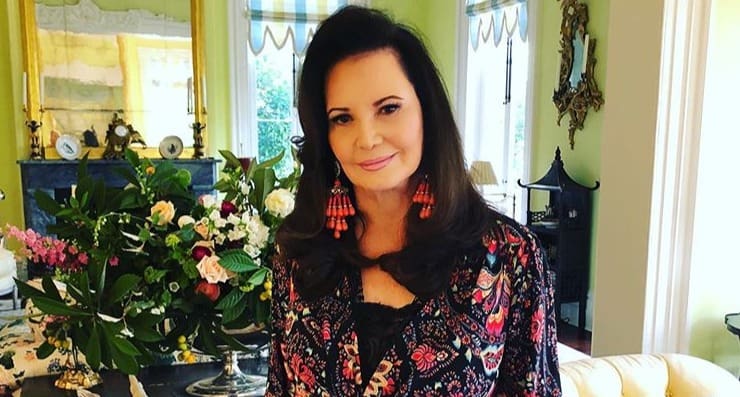 Patricia Altschul is likely someone you’d know if you ran in the same circles that she does or at least subscribed to the same lifestyle and enjoyed hearing about it that often. Otherwise she might be an enigma to you that looks as though she comes from a very wealthy background and definitely sits higher on the social ladder than many people. Upon learning about her it’s evident that she has a very strong sense of self and is not at all shy about telling people just what she think about anything, nor does she particularly concern herself with anything that’s beneath her notice. While that might make her sound kind of shallow and maybe a bit snobbish the truth is that a lot of us do this, we just don’t have the benefit of the social status or wealth that she’s possessed for a great deal of time.

Here are a few things about Patricia you might not have known.

10. She has owned a private art dealership.

She has dealt in pieces that go for prices that might be worth more than a lot of peoples’ homes and owned and operated this dealership for quite some time. Obviously she has an eye for what people like and has used that to her advantage in the past.

This could contribute to the attitude she presents a lot of the time since folks tend to change just a bit when they get older and tend to be more laid back or more open and willing to say what they want to say since by dint of their age they’ve earned it. With Patricia however it seems that she’s been this way for quite some time and it might be that age is just letting her words wander a bit more.

8. Patricia is very much a person that knows how to move forward in life.

While it’s very easy for her to admit that there are moments when people need to stop and pay attention she is also the type that finds a way to move forward so as not to dwell too long on the past at the expense of the present or the future. That’s wise advice from anyone to be honest since dwelling in the past can only cause hurt sometimes.

7. She is a very wealthy and noted socialite.

Patricia is the kind of woman that enjoys the life to which she’s acclimated and is definitely among those that might not know how the other half lives but is fully secure in who she is and what she does with her life.

6. Patricia is the kind of person to say what she wants and not really worry about the consequences.

There are those who let their words run free and don’t really worry about what might happen or whose feelings might be hurt since they’re going to have their say and that’s it. Sometimes this is a good trait since it indicates a very strong and unyielding personality that can’t be easily swayed.

5. She was recruited to be on a reality show.

As Gina Ragusa from the CheatSheet indicates Patricia is a big star on this show and despite what anyone else might think she kind of does and says what she wants when the cameras are on and tends to play the role of the mentor and the older woman that’s not off her rocker but definitely has a lot of clout.

4. Her presence on social media is pretty substantial.

She does have quite a few followers and it’s evident that she gives the people what they want in terms of letting them in on her social and private life from time to time. So far it would seem that a lot of people like what they see and are willing to pore through the pictures and see what kind of story they tell.

There’s no denying that she takes pride in the way she looks and is about as elegant as it gets at times without being so over the top that it might be considered a fashion faux pas. Instead Patricia is very well-dressed, spoken, and knows how to present herself in public.

There’s nothing wrong with this, especially when one has the kind of money and knows how to live the lifestyle. She is every bit the socialite that she makes herself out to be and flaunts it just enough so that others around her can see the confidence that exudes from her with every step she takes and word she speaks.

1. She definitely enjoys a well-made cocktail.

Apart from those that can’t or don’t like to drink, who doesn’t? She’s been heard to say this now and again since in truth she’s not a drunk but she does know how to appreciate a well-made drink.

She definitely runs in different social circles than most.