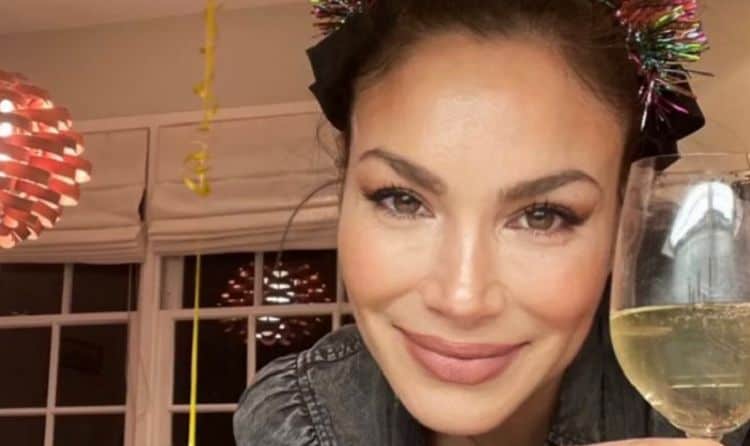 Patricia De Leon is coming up on her 21st year as a professional actress, and she has made some great strides alone the way. From small guest roles to bigger opportunities, her resume is very impressive. While her roles haven’t always been the biggest, she brings a special presence to every project she works on. Some may think she’s only a pretty face, but the depth of Patricia’s skill allows her to play a wide variety of characters. With her upcoming role in the HBO Max series, Generation, Patricia is ready to remind the world just what she’s capable of. If you’re not familiar with Patricia’s work yet, now is the perfect time to learn more about her. Here are 10 things you didn’t know about Patricia De Leon.

Patricia was born and raised in Panama and her father was a farmer. While talking to K9 Magazine she said, “I used to run around with chickens, pigs, horses, cows and all the animals. As a kid I used to own bunnies and turtles.” These experiences have turned her into a lifelong animal lover and she has become an ambassador for PETA.

2. She Was A Weather Woman

Patricia’s path to acting has been a very interesting one. In fact, being an actress was never really in her plans. Instead, she wanted to work in the news industry and she did just that. She got her start on TV while working as a weather woman for a local news station in Panama. She then moved on to reporting and news anchoring. While acting and working in the news require different skill sets, they compliment each other nicely.

Throughout her career Patricia has always been the type of person who isn’t afraid to use her platform to stand up for the things she believes in. One of those things is LGBTQ rights. She has also been a spokesperson for the One Love Foundation which, in addition to supporting the LGBT community, is dedicated to raising awareness on abusive relationships.

4. She Was A Pageant Queen

Patricia’s good looks certainly haven’t gone unnoticed. She competed in the Miss Panama and came in third place. The pageant is now called Senorita Panama. In 1995, she was crowned Miss Hispanidad when she was just 19-years-old. It doesn’t appear that she has been in any pageants since.

There are so many wonderful things to see all over the world, and Patricia wants to see as many of them as she possibly can. In addition to having lived in Panama and the United States, Patricia has also done lots of traveling. Morocco is one of the places she hopes to visit some day.

6. She Is A Business Woman

In addition to having a busy acing career, Patricia is also an entrepreneur. She is the founder of a cosmetics line called PDL Cosmetics. In addition to looking amazing, Patricia’s line is vegan and 100% cruelty free. At the moment, lipstick is the only product she sells.

7. She Is A Vegetarian

Patricia has been a vegetarian for many years, but her decision to stop eating meat wasn’t what you might guess. She told PETA,  “Growing up, I was always in and out of the hospital with stomach problems, and no one could figure out what was wrong. I decided to give up meat and become a vegetarian, and I haven’t had stomach problems since!”

8. She Was In An Episode Of NCIS

9. She Would Love To Work With Denzel Washington

Almost every actor has at least one other actor that they’ve always looked up to and would love to work with some day. For Patricia De Leon, that actor is Denzel Washington. She has always been a fan of his work and she’s hopeful that their paths will cross some day.

Most people are lucky if they get to see just one of their dreams come true. Patricia, on the other hand, has been lucky to accomplish all of the things she set out to. While talking to K9 Magazine she shared that she went to law school. It’s unclear whether or not she ever actually worked in the legal field.