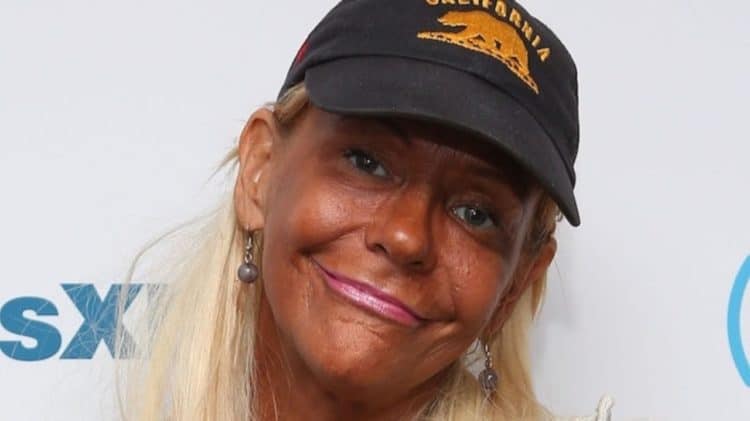 You might just know her as Tan Mom, most notably because, well….she’s incredibly tan. Patricia Krentcil is someone you might not know at all without this particular habit of having tried to give herself a year-round, golden tinge to her skin that eventually became several shades darker. It might seem at this point to be akin to kicking a person when they’re down since her health has deteriorated in recent times but at the same time you can’t help but wonder what a person thinks when they’re trying to make their skin look like an oven-ready potato. Yes that sounds horrible and yes it sounds as though I’m simply trying to put her on blast, but an attempt to get famous off of something that seems to promote an extremely poor lifestyle choice and justify it to others tends to pain the target for those that are willing to really lambaste the individual. I’m simply making an observation.

Here are a few things about Patricia you might not have known.

10. She was arrested for allegedly bringing her child to a tanning booth.

While she did deny this, stating that her child’s sunburn was caused by playing out in the sun, she was still arrested for this as it was called child endangerment. The charges were later dropped but her explanation of how she would bring her daughter to the salon but not allow her to tan was still kind of suspect. It’s almost like asking a cashier to watch your child while you go grocery shopping considering that when tanning there’s not a lot of emphasis on watching your child.

9. After the debacle she was banned from a large number of tanning salons.

Patricia was banned from about 60 different tanning salons after this so you can imagine that her habit had to take her further and further from home for a while since she’s been seen to be addicted to tanning.

Alex Napoliello from NJ.com wrote that she was paid $1,000 for the work she did and during her time at one of the adult expos she even took the time to call famed adult star Jenna Jameson a whore and moved her signing table away from Jameson. Security had to warn her that she’d be kicked out if she acted up again.

7. At the moment she is in an induced coma.

Caitlyn Hitt of Pop Culture is just one of the many that has been reporting on her condition at this time since she was battling pneumonia and had to be placed in the ICU in order to recover. At this point her health seems to be improving but it’s still enough to think that she’ll need a good deal of care for now.

6. She did have a noticeable amount of TV exposure.

‘Noticeable’ meaning that she was a sensation that came and went after a time since her dark, almost disturbing tan is something that even George Hamilton might raise an eyebrow at considering that there are a number of health risks that can come with such a habit.

5. She’s been accused of doing blackface.

This seems like a silly accusation that really has a weak base and couldn’t possibly be continued. She’s incredibly and undeniably tan, there’s no doubt about it, but claiming that she’s using it as blackface seems to indicate that there are simply too many over-sensitive individuals out there just waiting to pounce on any reason to be offended. It is a sign of the times after all.

4. There’s not a lot of background on her family to be found.

In some ways it’s almost as though Patricia is a party crasher that no one knows who came in out of the dark to share the good times and make her presence felt but didn’t come with any kind of history that she was ready to share with anyone. In some ways that seems like a good thing since she does seem as though she’s bound to for meme-hood.

3. It sounds as though her net worth is under review.

It’s hard to say this with a straight face but she might actually have a net worth that would make a person’s jaw drop considering that people have been trying to promote her for the tan she’s worked on so long and her arrest for child endangerment. Yeah, feel free to face-palm yourself any time now.

2. There are definitely some conflicting views and information about her online.

1. This tends to prove that folks can get famous for some of the most inane reasons.

These days it doesn’t seem to take much to get your fifteen minutes of fame. Get arrested for a controversial reason, have eight babies at once, so and on so forth.

She’s famous for a tanning habit, think about that.