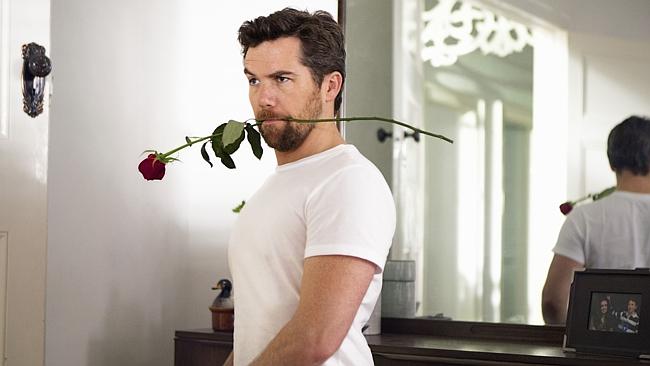 Patrick Brammall isn’t the type of actor who always dreamed of being in the entertainment industry. Once he got a taste of acting, however, he knew that he had found his true passion. In the years since making his on screen debut, he has become an international star who has earned dozens of acting credits. His ability to portay any kind of character has created endless opportunities for him. Many viewers will recognize him the best from his role in the TV series Glitch. Most recently, he was cast as Danny in the TV series Call Your Mother. Whether you’ve been a fan of Patrick’s work for a while or are just getting caught up, now is a great time to learn more about him. Keep reading for 10 things you didn’t know about Patrick Brammall.

1. He Was On Track To Have A Career In The Legal Field

Patrick’s path to becoming a professional actor certainly wasn’t a straight shot. He was actually on his way to becoming a lawyer before getting into acting. After spending there years in law school, he decided that he wanted to pursue his interest in acting. As you can imagine, he was a little hesitant at first, but things have worked out quite nicely for him.

2. He Was Born With A Rare Health Condition

When Patrick was born, he was diagnosed with a rare condition called prune belly syndrome. According to rarediseases.org, the condition “is a rare disorder characterized by partial or complete absence of the stomach (abdominal) muscles, failure of both testes to descend into the scrotum (bilateral cryptorchidism), and/or urinary tract malformations.” Patrick wasn’t expected to live for longer than a few months, but he ultimately beat the odds.

Patrick was born and raised in Australia and he will always be proud of his roots. He eventually decided to make the move to Los Angeles to help with his acting career. While living in L.A. is nothing more than a necessary evil for many actors, Patrick really likes it there. During an interview with Financial Review, Patrick said “I love Australia but over time you start to appreciate LA. And weirdly, over time I’ve got a real soft spot for this place. It’s got a harsh beauty, it’s got kind of a lawlessness about it.”

4. He’s Been Through A Divorce

When people make the decision to commit to marriage, they are obviously hoping that the relationship will last forever. Unfortunately though, that isn’t always the case. Patrick married Samantha Nield in 2013, but the marriage was short lived. He is currently in a relationship with actress Harriet Dyer.

There’s always something heart warming about knowing that a person loves animals. With that said, get ready to get the warm and fuzzies. Patrick really loves animal. In fact, his currently profile pictures on Instagram is of a cartoon dog. He also has an adorable dog who makes frequent appearances on his Instagram profile.

6. He’s A Writer And Producer

The world mostly knows Patrick as an actor, but one day he may also become well-known for his other contributions to the industry. He is also a talented writer and producer. Most notably, he developed and wrote several episodes of No Activity between 2017 and 2019.

Patrick has always been very conscious of what he eats, and in 2019 he decided to take things a step further. In 2019, he was an ambassador for No Meat May and spent the month completely avoiding meat. He finished out the year as a pescatarian and has since decided to follow a vegan diet.

Despite getting a relatively late start to acting, Patrick still managed to get some formal training under his belt. After leaving law school, he auditioned for a prestigious drama school in Australia but wasn’t accepted. He ended up being accepted to the Victorian College of the Arts. He also studied at the Actors Centre Australia.

9. He Wants To Continue Working On Australian Projects

Patrick may be enjoying his time in Los Angeles, but Australia and its entertainment industry will always have a special place in his heart. Patrick told the Sydney Morning Herald, “I’m not passionate about telling American stories. I love where I’m from and understand the place and the people. I’ll never take both feet out of the Australian camp. My dream is to make the connections I need in LA, then base myself in Australia and travel back here when needed.”

Things have been going so well for Patrick over the last few years that he probably doesn’t have much time to relax and do things outside of work. When he does get free time, however, reading is one of his favorite ways to spend it. Occasionally, he even shares pictures of some of his favorite books on social media.