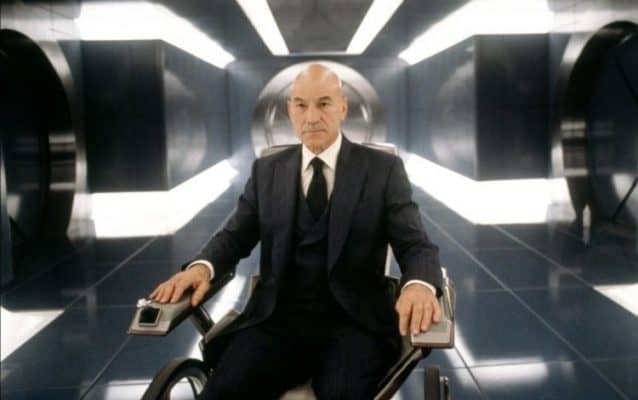 You don’t have to be Trekkie to figure out that Patrick Stewart is kind of an interesting person, and his response to many of these questions reaffirms this idea. The man that’s played Jean-Luc Picard for so long and has racked up other various roles throughout his long and illustrious career isn’t known for winning a lot of awards but thankfully that doesn’t matter since he’s put so much of himself into the business that people are bound to remember him in one way or another throughout the rest of time, or so long as his memory can hold. That could be a long time thanks to the movies and the way pop culture comes around again and again, as just listening to and looking at Stewart is enough to think that that age has finally come around and is starting to really take over since a lot of us can possibly remember when his voice didn’t sound this quavery. Saying that he didn’t feel tip top that day might not be a good excuse since he was definitely chipper and upbeat in the video, but the man is in his late 70s and like it or not at that age many of us are going to start sounding roughly the same, our voices might weaken a bit, we might find it harder to maintain physical fitness and so on, but he still looks great despite being this old. Plus, his upbeat attitude is hard not to get into since even with a couple of questions he doesn’t fully get into he maintains his good humor.

It is kind of odd that anyone would think that he was in Harry Potter since Stewart is the kind of character you really don’t forget and the only way to sneak him in would have been through the use of CGI, and even then his voice is pretty distinctive. But oh well, most of the other questions were fairly straightforward and he had no trouble answering them as he sounds like a pretty open person when it comes to his history and his life. In a way Patrick sounds like the kindly old father or grandfather that you can’t help but want to sit with and hear one story after another since he’s done so much and has so many things he can tell you in the course of a pleasant afternoon or three. Of course he also sounds like the guy that years ago one could have tossed a few pints back with and had just as good of a time, though it’s at least a little doubtful that he might still engage in such behavior at his advanced age, but one never knows really. It does sound though as if he’s had quite the life and has enjoyed a good deal of it, which is both uplifting and inspiring since it means that he hasn’t fallen in the category of those that have tried to escape a role for so long only to come to regret ever having done it in the first place. It’s apparent that he did have reservations about taking on the role of Professor X, but by the time the role was concluded he was glad to have done it as he had essentially become the character and was proud of how the arc ended. Carol Pinchefsky of SyFy Wire has more to say on this.

This is the kind of actor that it’s easy to get behind as he enjoys his craft and his time in the spotlight but he enjoys it for what it is, a chance to do something he loves and something he cares deeply about without using it as a platform for anything else. It’s likely that Stewart might be one of the many to speak out on politics if given the chance, but it was nice to hear his honest and friendly opinions in this video and little to nothing else as he focused on the task at hand. And listening to his memories of times gone by was quite nice as it brings to mind images of days and moments that, like all of them, are fleeting but still important enough to keep close and maintain for as long as they’ll stick around. Morgana Santilli of Looper has more to say on this matter. If there’s one thing a storyteller loves, it’s those defining moments that help to further a story, and Stewart has been one of those that has managed to inspire so many and continue that tradition throughout the years. Just saying ‘thank you’ doesn’t sound like enough, but taking the time to really appreciate a great actor that knows he has faults and his own quirks but smiles and pushes forward regardless definitely sounds like a good start. Out of the many actors that line the halls of Hollywood Patrick Stewart is one of those rare stories that doesn’t beg to be told, but entices a person to take a closer look at all the same.