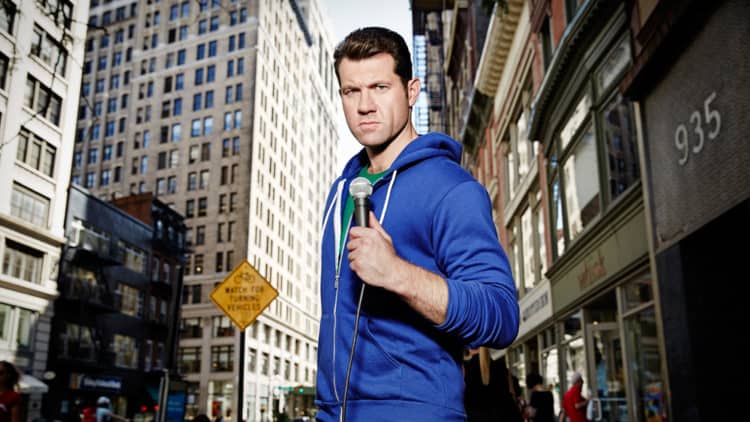 There’s a definite reason that some of us don’t watch Billy on the Street, and a lot of it might have to do with the randomness of it, but something about this video was nice since, well, Paul Rudd is a big deal right now. Is he a bigger deal than Chris Evans? Maybe, maybe not, but Billy Eichner is still the kind of guy that’s going to play it up to a degree that might make some people cringe and others kind of laugh until they have tears streaming down their cheeks. Honestly, that seems to be the range since those that don’t get him aren’t going to be likely to tune in. There is something about Billy’s show that seems to border on the manic at times even though it’s pretty funny and is a good time for most people watching. As with a lot of live shows however it tends to turn some people on and some people off so it’s all a matter of personal taste. Amanda Yeo of Mashable has more to offer on this matter.

Personally I like seeing him on other shows such as American Horror Story when he shows up, but there are a lot of people that would claim that this is one of his best performances since it’s just Billy talking to random people on the street. It would be a lot more believable however if the stars he had with him, such as Chris Evans and Paul Rudd, weren’t likely to get a little more attention from the average person walking down the street. In other words the show does feel a bit contrived in a way that makes it too obvious, but that could be another part of the draw that gets people to watch since I’ll admit I’ve only ever seen bits and pieces apart from the video up above. But seeing as how Paul Rudd is actually a pretty hot number right now when it comes to show business Billy obviously had a good idea to bring him on since Rudd is at this moment still a big part of the MCU as the next Ant Man is already being talked about and there’s also the news that came out a while ago that he’ll be appearing in the upcoming Ghostbusters 3 as Justin Kroll of Variety can tell you. So really, Paul is kind of a big deal and as such you can only imagine that a lot of shows are going to want his attention even if it’s just for a moment so that they can pick his brain about this or that.

Chris Evans has a new movie on the rise as well…but who cares, Paul Rudd is here. All joking aside though Knives Out, starring Evans, has an absolute knockout cast that’s been put together and looks as though it might be one of the many movies that you have to go and see to really figure out no matter how obvious some of the working parts might be. To see Chris go from Captain America to some spoiled rich guy however might be a little more than some people want to handle since honestly he’s been rocking the stars and stripes for a while and that’s a lot of people have come to know him. Apart from the roles he’s played as the bad guy, the down on his luck guy, and the guy that women swoon over, this new role is going to be something that might be a little hard for some people to square with since it does seem to put him in a position where he might not be the ultimate bad guy but he’s not likely to be a good-natured individual either. Rudd on the other hand doesn’t seem to be changing and there’s really no need since he’s always managed to play the laid-back, easygoing guy even if he’s played the out and out jerk a few times. The charm he brings to the screen is a little more goofy than Evans but it works just as well since a lot of times he ends up being the guy you want to pull for.

It does kind of seem as though Evans and Rudd are going to be trying to drum up interest for their respective projects since Knives Out feels more like a niche movie while Ant Man 3 and Ghostbusters 3 are still in the pipe but there’s no telling just how long it’s going to be until we find out all the details we want on either one. You can bet that Billy won’t be pulling those details out since he’s got a show to run and most of the time he seems to dash off before that kind of discussion can really get going. So honestly if you like the show then the clip above is likely to be very entertaining. If not well, at least you got to see Chris Evans and Paul Rudd.