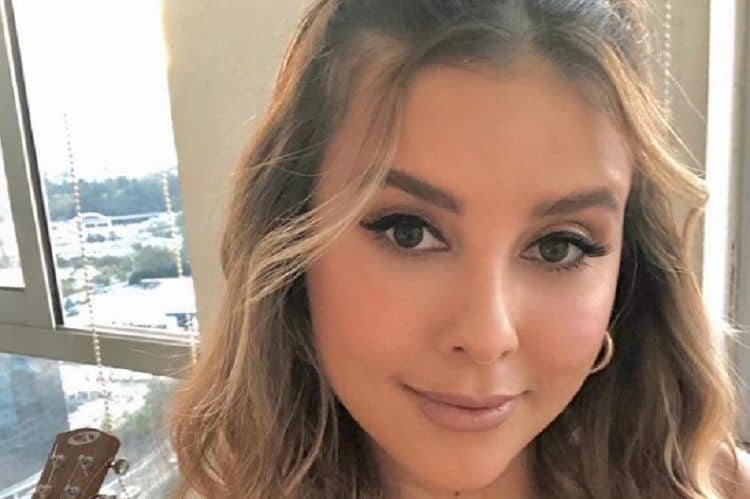 When it comes to a triple threat kind of woman, Paulina Goto is your woman. She’s all the things that make a celebrity amazing. She’s a singer, an actress, and she is a television host. She does it all, and she does it all very well. She’s been in the game for a long time, and she’s not showing any signs of slowing down as her career continues to skyrocket her personality into even more fame. She’s someone worth getting to know a little better, which is why we are bringing everything we know about her to her fans.

She is still in her 20s, which is mindboggling when you think of how much she’s accomplished in her life at this point. Her date of birth is July 29, 1991. She got to grow up in a different time. Kids were not inundated with social media and the internet, and they got to simply be kids. It’s a very lost art.

She was born and raised in Monterrey, Mexico. However, she only lived there until she was around five. That’s when her family moved to Tampico. She spent most of her childhood living there, but she later relocated to Mexico City.

3. She’s Close to Her Family

From the time she was a small child, she was a dancer. She spent most of her childhood involved in dance classes. She was only four when she began taking ballet classes, which probably goes a long way toward explaining her grace and elegance when she moves.

In addition to being a dancer, she was also a trained rhythmic gymnast. She did this for approximately a decade, beginning when she was only five and continuing to learn and compete until she was 14. She was a state and national champion in her field, and it only goes to show she’s good at just about everything she tries.

The school she attended as a teen was very focused on an American-based education, so she was taught both Spanish and English as a child. This allowed her to grow up bilingual, which is probably an important thing in her life of work. Learning a secondary language is no easy feat, but she made it seem effortless.

She has someone special in her life, but no one knows much about their relationship. She was in a long-term relationship with a man she co-starred with in a telenova she’s famous for filming. His name is Horacio Pancheri. They made their romance public back in 2016, but they announced the end of their relationship only two years later. She’s currently dating Rodrigo Saval.

9. She Recently Lost Her Father

As if a global pandemic and being unable to leave the house in many parts of the world was not enough, 2020 also brought her the death of her father. He passed in the summer of 2020, though we do not know what took his life. All we know is that it was a difficult summer for her, and likely for her family, and that she suffered tremendously with the loss of someone she respected, loved, and admired so much.

As a bit of a bright spot after a difficult year, she recently announced that she is expecting her first child…but it’s just for fun and for work. She is not really pregnant, but she is playing a new mom in a new series she’s working on, and she is excited to get to be a first-time ‘mom’ in her new role. Fans thought she and her boyfriend of a year-and-a-half might be welcoming a baby into their lives, but they are just enjoying themselves and not having a baby of their own.