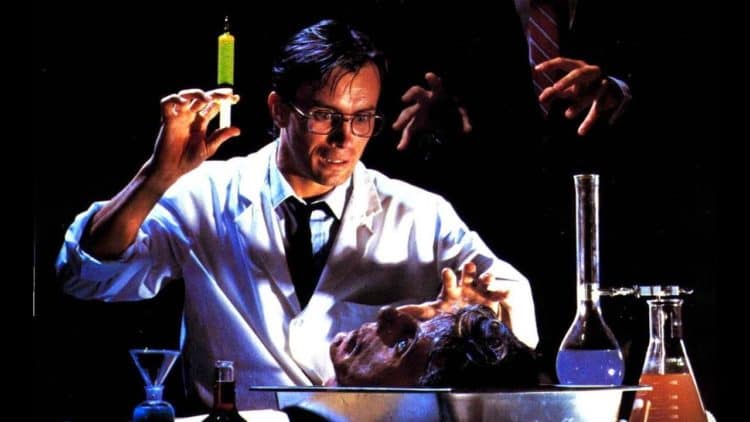 Losing some of the greatest minds in Hollywood is a hardship each time it happens, even if a lot of people at this point might not remember just how much Stuart Gordon contributed to the screen. As people already know and as Brian B. of MovieWeb can allude to, what’s popular and what’s considered to be the ‘in’ thing changes constantly in show business and what’s acceptable at this moment could be old news tomorrow. There are classics and individuals however that are hard to forget and don’t tend to fade off that quickly since Stuart’s creations, several of them at least, have gone on to gain the kind of cult classic status that a lot of movies can only dream of but never quite attain. Even better than this however is that Gordon wasn’t the type of individual that was content with just producing a popular movie that people would enjoy, he was ready and willing to create something that would get people up, out of their seats, and ready to riot at any given time thanks to the content. Thankfully this wasn’t his goal every time, but the one play that helped to create his reputation, The Game Show, used audience plants that were designed to get people involved in the show as humiliation was a part of the act and it was designed to get people out of their seats in order to react and make things even more interesting. One can only imagine how controversial this must have been since it sounds as though each show ended in a near-riot. Add onto that the fact that he created a version of Peter Pan that got him and his future wife arrested for obscenity and it’s easy to see that Gordon was a man that didn’t stay within the lines and boundaries that had been given to him. Something about that is quite appealing to many people, though it did manage to get him in a spot of trouble now and again.

Still, great artists aren’t born from the meek all that often, as pushing their ideas onto the public is a big reason why some individuals are able to have their say. Stuart was obviously a man that was bound and determined to show the people what he had to say, as some of his creations weren’t exactly taken in the way that he might have wanted, but they managed to get the attention of the people all the same. There are always bound to be individuals that will appear during a lifetime that will challenge and push at the boundaries of what people consider to be allowable and in good taste, and often these are the individuals that will gain our attention more often than not for one reason or another. Likely it’s usually because they’re so far outside of the societal norms that we’re used to that they appear intriguing and even horrifying at times when presenting ideas that are somehow taboo or just don’t mesh with what people think should be allowed. Jenelle Riley of Variety has more to say about the man. But in the end a lot of these said ideas end up becoming something that marks the reputation and importance of said individuals and, as a result, stamp their name in history thanks to their daring and ability to resist conforming to every little rule and idea that people might have tried to foist upon them.

Stuart Gordon is likely to be remembered for his controversial and sometimes disturbing images, but it’s also likely that he’ll be revered for them as well since one of the best things anyone can leave behind is an idea that could continue to resonate with the people and possibly inspire others to create ideas of their own. Even when that idea is forgotten and the name of the person that came up with it lost to the archives it’s the fact that something started it, that some individual kicked it all off and showed the way, that is remembered. It’s very easy to think at this time that a lot of people don’t even remember or know just who Gordon is, or was, but thankfully in the technological era we’re living in all it takes is a quick search and a good read about an individual that had an idea and a love for what he did to really understand the man in a meaningful way. To say that there have been and will be other visionaries like him sounds a bit dismissive of his talents, but in truth it’s a testament to what he meant to the industry, and to those that came after who were no doubt inspired by the legacy he leaves behind. Sometimes it’s not about gaining the attention you want while at your prime, but the memories you’ll be leaving behind when you’re gone. Rest in peace sir, and thanks for the memories.