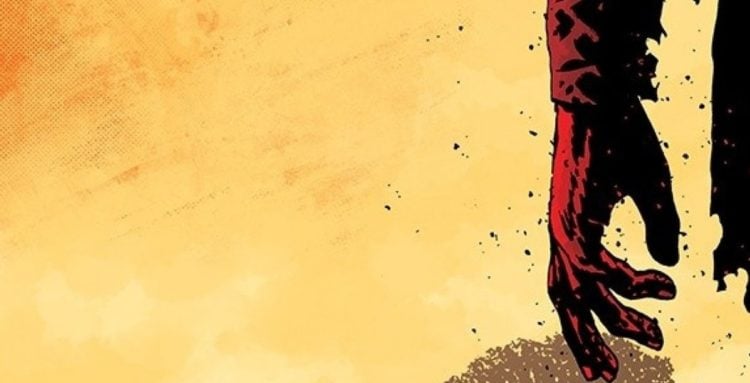 16 years, and it’s just about over. The long-running Indie comic The Walking Dead is coming to a close finally, and people are no doubt thinking that the end times are upon us, in a way. First we’re left with no Breaking Bad a while back, then The Walking Dead series continues to falter, and now Game of Thrones is gone…what’s left? The Walking Dead is supposedly coming back this next October, as Cameron K. McEwan from Digital Spy has written, but until then it will be necessary for those that have been following the comic for so long to simply watch old episodes, read back issues, and possibly wait and hope that the show will continue to follow the source material as much as is possible at this point. It’s never all that easy when your favorite show or publication suddenly up and stops, but this was the plan all along it would seem as the creator has been thinking about a fitting end for a while now. Of course the ending he had in mind wasn’t exactly bound to be the most uplifting idea.

As Daniel Alvarez from ScreenRant tells it, Robert Kirkman had a vision of a statue of Rick Grimes standing in the midst of Alexandria where he’d decided to stand and fight with the rest of his group after deciding that it was a place worth fighting for. Unfortunately as the scene pulled out frame by frame the town would be shown to be rundown, with the houses being unused, broken down, and otherwise deserted. A zombie would walk by the panel, then another, and then another, indicating that the town had fallen again, and humanity was perhaps on the verge of finally ending. Kirkman decided to do something different however since the utter lack of hope that this displayed seemed to undermine the very thing that seems to be present in every issue and every episode of TWD. There’s still hope no matter how bleak things seem, as humanity isn’t so far gone that they can’t band together and create a new society as we’ve seen in the comic and the show. The grim finality of the original ending that Kirkman had planned is something that might be inevitable, but only so long as humanity doesn’t pull together and squash any petty squabbles while trying to work together against a common enemy.

That is perhaps one of the biggest challenges in the entire series, the more human enemies that arise from the ashes of the old civilization. In any post-apocalyptic world this seems to be the common thread that is spun into a dizzying knot with each story that’s ever been written. Humanity is simply too diverse at times for people to come together and be peaceful with every waking second, no matter that together there is hope for another day, a better day, and an escape of sorts from the dark and foreboding future that lies ahead. In TWD there’s plenty of darkness to go around, the dead vastly outnumber the living, and there’s little to no escape in some instances. But working together has proven to be the way to go in both the comics and the show and has also been proven to be the downfall of certain groups. There’s no doubt that whatever ending Kirkman has coming is going to be just as much of a surprise as anything that’s come along since the comic first got started. Fans will no doubt seek to find some fault with the ending and claim that it wasn’t what they wanted, but as far as the show goes it’s still going to keep going, as apparently the idea for many more seasons is still in the works.

Some folks might cringe upon hearing this since if the comic is going to end then it’s probably best that the show does as well. Season 10 is already going to have a high bar to cross in order to surpass the stigma that’s already been placed on the show in previous seasons, and with the comic book ending it’s likely that some folks are going to echo that the show needs to finally come to a close as well. With the ratings continually dipping it might no longer be a choice to just close up shop, AMC might actually have to pull the plug. One can only hope it doesn’t come to that, but in the event that it does there won’t be a shortage of people saying ‘I told you so’. It’s not so much that the show didn’t stick to the source material, though it might have been nice had such a thing happened, but instead it’s more to the point that the show has simply become too much of a drama-fest when in truth it should have stuck to being a show about the zombie apocalypse, rather than add this element in just to appease people.