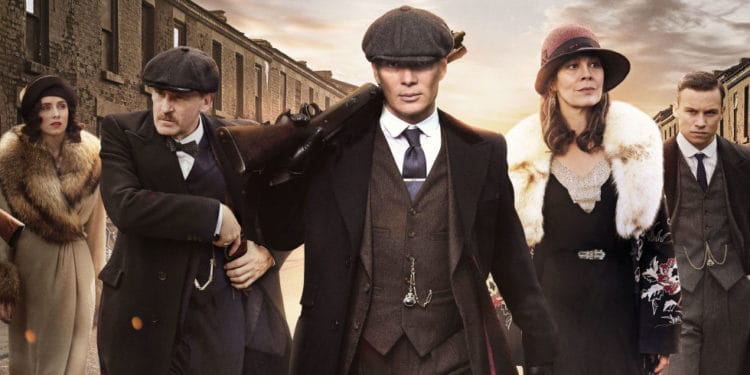 Fans are pretty bummed out that we’re not going to see a seventh season of Peaky Blinders but they’re at least excited to hear that the sixth season will be coming out at some point. It’s not really known when the sixth season will hit, but there’s already talk of spinoffs and a movie that could come on the heels of the show since no one wants to see it just go away. Despite not being entirely historically accurate, as many shows and movies are not when dealing with actual history, Peaky Blinders has still been one of the more talked-about shows for the last seven years and it’s been one of those when picked up by fans that is hard to put down. Thinking that it won’t be around much longer is kind of a pain in the backside since it’s just one more show that people actually want to stick around. Admittedly, it was kind of a hard show to get in at first, but once it really got rolling it was a lot easier to understand everything that was going on and therefore enjoy the overall story. There aren’t a whole lot of people that are under the impression that the show should stop just yet, but it does feel as though things have come to a point where it might be best to move on and see what else can be done with it from a different perspective.

Through several different plot points and twists and several guest stars, the show has survived and thrived in a way that has surprised a few people and becomes quite the subject of discussion at times since it is a very interesting story to be fair, but there are times when it does feel as though the overall feeling is that it drags just a bit. Once a person gets into the story though it’s easy enough to get caught up in it since the time period and the tale of the Shelby family is enough to make it known that things are about as serious as they appear to be. There’s just enough action, and just enough suspense at various times that the show ends up being something that can entertain a lot of people that are expecting different things, and the awards that the show has won kind of prove that it’s been effective over the years, but again, there are reasons why it’s been a little more low-key than a lot of shows since it’s something that kind of attracts a certain fanbase that enjoys a calmer and slightly more deadly narrative that doesn’t make itself as obvious at all times. For instance, trying to compare it to The Mandalorian or American Gods in terms of story and how it’s pushed forward does tend to make it a little obvious that Peaky Blinders operates at a pace that is a bit more sedate and isn’t given nearly as much flash.

But that’s a big part of why the show has remained as popular as it has since it is sticking to its guns so to speak and not tweaking anything in such a way so that it can become more attractive to a wider fanbase. This is the kind of show that if one likes it they’ll watch, and if they don’t then they’ll either find their way to it eventually or not give it a second thought. It kind of feels as though any spinoff shows might be the same way, and so will a movie if it does happen. Because of that, it’s easy to think that a Peaky Blinders movie wouldn’t exactly be a huge box office hit, but it could be something that people will want to see on streaming simply because it’s a part of the series in some way and will be used to cap it all off. Given all that’s happened since the first episode, it’s easy to think that a movie would be able to tie up at least a few loose ends and really bring a close to the whole thing that people would enjoy since it could send it off in a way that would be appreciated and remembered for a while to come. The show has been something that has been doing its own thing for a while, and it’s been thriving on and off because of it. It’s sad to think that it won’t be around much longer, but up until the final episode is shown, or when the first spinoff emerges, we can at least go back and review the last few seasons to make certain of what’s happening and what’s on the horizon. There’s a lot of story there after all, and it’s best to remember what’s been happening so as to guess at what’s going to happen next.