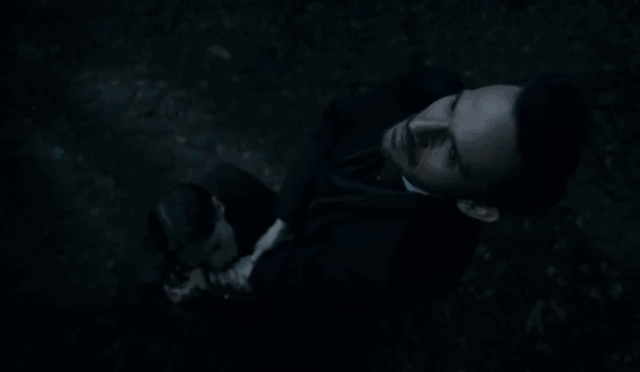 So, Dracula’s identity? Shocker right? Well not for me, I called it. The way he was talking last episode and his affinity with all things unloved kinda gave it away. Aside from the reveal at the end though, Penny Dreadful continues with an excellent well-paced season. We get to see some of the new characters develop themselves. Dr. Jekyll particularly made for an interesting watch. He’s finally truly coming into the character of Mr. Hyde here. Renfield on the other hand, looked perfectly fine in the beginning. But that was before he asked Vanessa to fill out a form. It was clear that Dracula wanted to know more about Vanessa. It appears, he didn’t need to do anything. It looks like Vanessa spilled her heart out to Dr. Seward. The question is if Seward actually believed her. These therapy sessions are going so well. Part of what makes the show so appealing is the connection it forges between science and the supernatural. These therapy sessions are testimony of that.

Let’s talk about The Creature. He’s conspicuously absent in this episode. I understand we might not see him until he manages to get out of the shipwreck. It’s all for the better since the show now has so many plotlines. Another one with the creature walking to God knows where is sure to mess up the show. Ethan’s story on the other hand takes a dip here. Aside from him wolfing out and killing his captors, his story kinda fell flat. I’d have liked to see Sir Malcolm a bit more. Or even Inspector Rusk but no we gotta go into some weird as hell dream where Ethan threatens his Apache surrogate father. And of course Hecate showing up and doing virtually nothing. I would take Victorian London over The Wild West any day now. A shame it was going so well in the first episode.

Vanessa’s interactions with Dr. Sweet and the Victor-Jekyll teamup is more interesting to watch. But you gotta hand it to Lily and Dorian absolutely stealing the spotlight here. Lily’s new-found savior mantra is adding a whole new dimension to the show. I would personally like to see Dorian participate more but Billie Piper does so well on her own. Her story was quite violent too. And it looks like her revenge on all those men isn’t over yet. They had better watch out.

I just loved it in the end when Lily told Frankenstein that even though he created her, she’s created him too. She basically told him to go get over his crush on her. “You won’t like what I’m becoming.” But what is she becoming exactly? We’re gonna have to find out.

All in all Penny Dreadful delivered another excellent story here. Let’s take note of what works in the show right now: Victor and Jekyll, Vanessa and Seward, Vanessa and Sweet, Lily and Dorian. I’m expecting Ethan’s story to be better next week. We’re just gonna have to wait and see. More Renfield and Dracula please!

Penny Dreadful delivers yet another excellent episode with a great team-up between Lily and Dorian along with some fun interactions between Vanessa and Dr. Sweet. Shocking reveals with the new characters getting fleshed out make for another enjoyable episode.