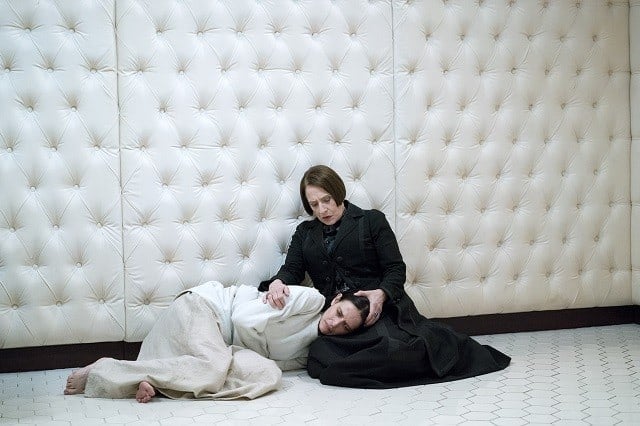 Penny DreadfulÂ Season 3 is still many months away, but that isn’t stopping Showtime from giving fans of the horror series a first look at what’s to come. Unfortunately, things don’t appear to be getting any better for Vanessa in Penny Dreadful‘s thirdÂ season, asÂ this brand new photo shows Eva Green’s character turning to her alienist Dr. Seward (PattiÂ LuPone) for help in battling the evil forces she cannot seem to escape.

Per Showtime, Penny DreadfulÂ Season 3 will feature,Â LuPone,Â who guest starred last season as the Cut-Wife, in the new series-regular role of Dr. Seward, anÂ American therapist who treats Vanessa with an unconventional new approach. WesÂ StudiÂ (Hell On Wheels, A Million Ways to Die in the West) is a new series regular starring asÂ Kaetenay, an intense, enigmatic Native American with a deep connection to Ethan (Josh Hartnett) who also becomes an ally to Sir Malcolm (Timothy Dalton).