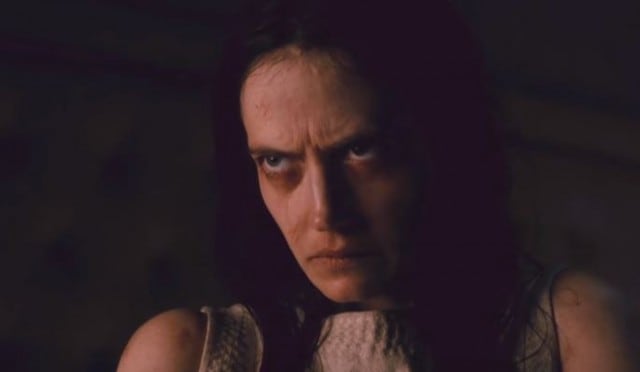 Everyone will be embracing their dark sides inÂ Penny DreadfulÂ Season 3, at least that’s it seems like in the latest trailer for the Showtime drama. While we continue to get more images of Vanessa in a psych ward in this new trailer, there’s plenty of never-before-seen footage that should get every Penny DreadfulÂ out there excited.

So what can viewers look forward to? Dorian and Lily’s continuing their reign of terror, Sir Malcolm taking a more active approach to life (that includes lots of guns and blood), and John Clare possibly finding love. Plus, there’s a much anticipated reunion between Vanessa and Ethan, but could that all be in the werewolf’s head? We’ll have to wait and see.

Penny DreadfulÂ stars Eva Green as Vanessa Ives, Josh Hartnett as Ethan Chandler, Timothy Dalton as Sir Malcolm, Rory Kinnear as John Clare, Harry Treadaway as Dr. Victor Frankenstein, Reeve Carney as Dorian Gray, and Billie Piper as Lily. Season 3 of the seriesÂ will feature Pattin LuPone,Â who guest starred last season as the Cut-Wife, in the new series-regular role of Dr. Seward, anÂ American therapist who treats Vanessa with an unconventional new approach. Also joining the show as a series regular will be WesÂ StudiÂ (Hell On Wheels, A Million Ways to Die in the West), who will play Kaetenay, an intense, enigmatic Native American with a deep connection to Ethan who also becomes an ally to Sir Malcolm.

Penny DreadfulÂ Season 3 premieres on Sunday, May 1, at 10 p.m. on Showtime. Check out the trailer below: