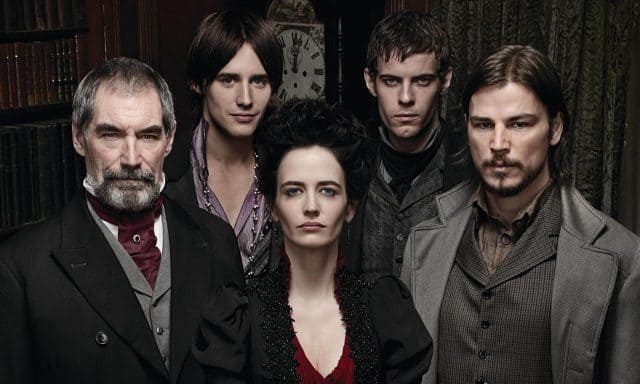 Last night’s Penny Dreadful was heartbreaking. It was obvious that Eva Green wouldn’t be coming back for the next season but then this happened. And it is the absolute worst. I had a nasty feeling that something like this would happen after watching the episode but definitely not the show getting cancelled altogether. Even now, I think that the show must go on. But John Logan seems to think otherwise. After all, the show’s a work of art. It’s arguably more unique than every other TV show. But now, I guess it’s time to say goodbye to another beloved show.

All of this stems from the decision John made with Vanessa’s character. If you watched last night’s episode you’ll know what happened to her. John seems to think that the show’s always been about Vanessa’s struggle. To some extent, he’s right. The show’s always revolved around Vanessa. Even when she hasn’t had much impact on the plot, she’s heavily featured on the show. Of course, Eva Green’s character is central to the show. But tying the show’s existence to the character is just wrong if you ask me.

Of course there’s other characters on the show. And they’re quite interesting themselves if you ask me. Catriona could have easily taken Vanessa’s place if you ask me. But writing Vanessa off the show was just pointless in the first place anyway. And the show really had been dropping red herrings about it’s potential future all season with Catriona’s arrival and Lyle heading off to Egypt. But turns out John had already decided to end this right here.

Of course, the decision may have been influenced by Eva Green getting a bit tired of playing Vanessa. After all, an actress of her caliber can’t continue doing the show forever. John calls Eva Green and Vanessa ‘his muse’. It’s pretty accurate for what Eva Green does for the show. But is it fair to say that the show can’t survive without it’s muse? I think not.

I think John’s vision of a three-season Penny Dreadful may have been flawed. Maybe it’s just me, but I still see so much life in the show. I totally think that the show can continue without Eva Green. The show can’t exactly bring Vanessa back. That way, things can’t go back to the way they were. But things really don’t have to be the way they were. We can just continue the show by bringing someone else into the fray to fulfill ‘the macabre demands of the show’. Is it not wrong to think that only Eva Green can be the leading lady that the show needs?