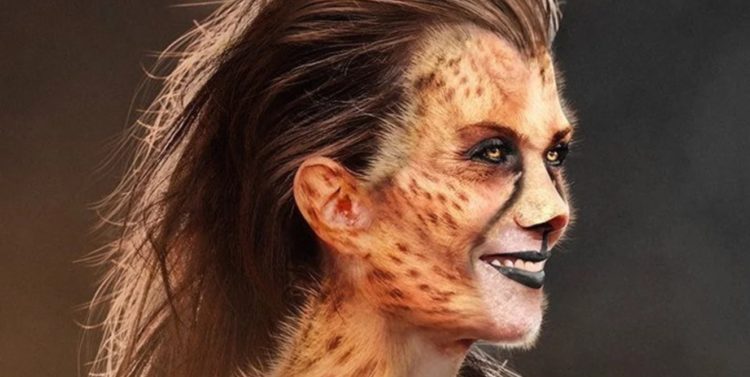 The fact that some fans are actually worrying that they don’t get to see Kristen Wiig as Cheetah in the first Wonder Woman trailer is kind of amusing really since they’re the same fans that would probably throw a fit if they realized that everything they see in the trailer is basically the best parts of the movie. Funny how that works isn’t it? It’s called marketing boys and girls, and the people in charge of it have been at it for longer than a lot of us realize and get it right every now and then and at times kind of get it wrong. The toy companies tend to be the ones that make the biggest gaffes since if you’ll remember what happened with Infinity War and Endgame for Marvel you might recall that the toys told a good part of the story and who was coming back and who was still around before the movies ever came out. Talk about massive spoilers, right? With Cheetah thus far the Wonder Woman trailer is being smart since it does show her in her human form before she’s given her powers, but it’s holding back at the moment before really letting loose and giving her the big reveal. That’s a smart move since it’s going to keep people guessing and wondering just what’s going to come along and by the time people see her they’re either going to be blown away or underwhelmed since that’s the nature of fans.

In reality they’ll probably reveal her soon enough since the Wonder Woman trailer we’ve seen won’t be the only one and it’s very likely that we’ll see another drop once 2020 starts. In fact it might even be the case that we’ll see it either before or close to the Superbowl since the NFL’s final game of the season is usually one that draws in a great deal of attention and getting a spot at the table on that day is something that many upon many companies know is bound to keep peoples’ attention for a while to come. It’s been that way for many years, though some have been a little more memorable than others. In this case however there are so many new movies coming in 2020 that it wouldn’t be much of a surprise if the Superbowl ad Sunday isn’t filled with movie spots that will be announcing and showing various hints of what’s coming. At that point if we haven’t seen Cheetah yet, which we very well might since people are likely sign a petition if they don’t get what they want (obligatory eye roll). Rick Marshall of Digital Trends has more to say on this matter.

There’s a good reason for not showing everything or only showing glimpses of some things since otherwise there’s not that much that’s left to the imagination and in truth the whole thing, meaning the movie, can be kind of boring since fans might be able to guess what’s going to happen. Really though, you should be able to guess all the same since it’s a comic book movie and it’s a HERO movie. The hero, or heroine in this case, is going to be the type that will push the story forward in some way that will reach a snag when the main villain, or villains, come along, and then she’ll need to find a way to understand and deal with the villain(s) in order to make things right. Along the way of course there will be something or someone that will trip her up, hold her back, or otherwise off some kind of difficulty that she’ll have to contend with at the same time. It’s very formulaic and as you well know at this point, or I hope you do, many movies follow this formula since it’s comfortable, it’s easy, and it’s bound to have people leaving the theater feeling at least content if not fully charged and ready to state to anyone that will listen that it was a great movie. Hopefully Cheetah will prove to be a worthy villain and not a CGI nightmare that looks like she escaped from the Cats movie. The first time we see her on screen is going to be when people start using their various ‘expertise’ to tell whether or not the villain will be considered a work of art or something that a child could have done. Fans are that dang fickle after all, as many of them will gladly start ripping a movie apart without having seen it yet, meaning they’ll walk into the theater with lowered expectations and nothing but a vague hope that they’ll either be vindicated in their disgust of the movie or proven wrong and shown that the picture is in fact something worthy of note.

They’ll show Cheetah eventually people, just calm down and be patient. If not this month then in the coming month or two they’ll probably show her.