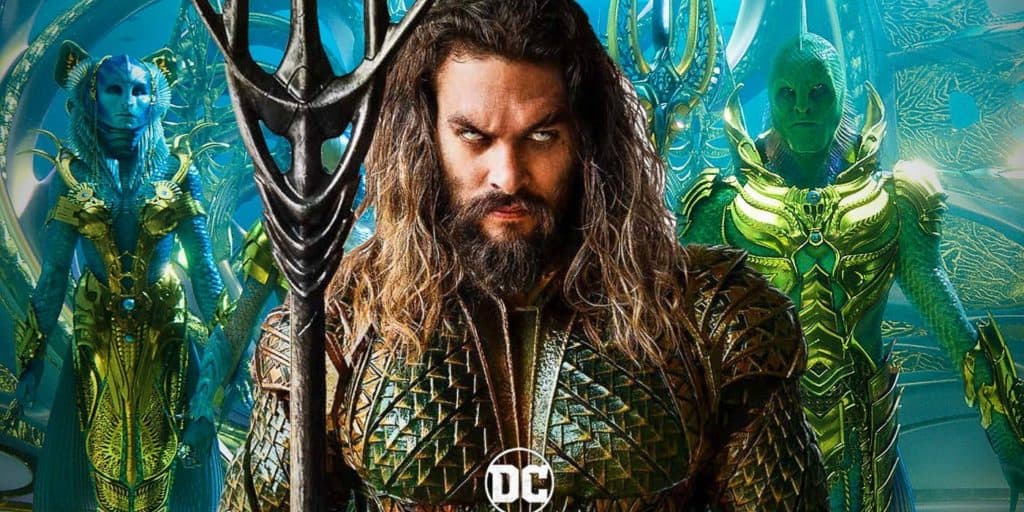 The reactions that people give over the strangest things that have little to nothing to do with them are kind of insane, even if the act is in some ways a bit disrespectful. But like it or not, pranks are usually pretty funny since unless their intent is to harm or to be malicious, a prank will usually be something that two people will be able to laugh off. Looking at one of the pranks that Jason Momoa committed against Amber Heard on the set of Aquaman it’s fair to say that people are, as always, entitled to their opinion, but there are those that reveal themselves as rather thin-skinned when it comes to certain actions, and will actually rescind whatever support they gave an actor over something that has nothing to do with them. Apparently on the set of Aquaman Jason Momoa decided to prank Heard by ripping out the last 10 pages or so of various books that she was wanting to read, and this has gained the ire of many people since Amber revealed it a while back. Now to be honest, as an author and a writer I don’t care to hear about anyone desecrating books or doing anything that harms a piece of literature in any way, but at the very least one can recognize a prank when they see it since Momoa wasn’t out to be destructive for absolutely no reason. He had a motive behind ripping the pages out of Amber’s books, and while it might feel juvenile and unnecessary to those that are broken up about it, to those that love a good prank it’s cringe-worthy at the worst.

Part of the argument has to do with the fact that Heard is rich enough to buy another book, even if people don’t want to hear that since the idea of someone ruining another person’s property is abhorrent to some folks. When it comes to items that can’t be replaced or pranks that might cause unintended harm, then sure, there are limits that shouldn’t be tested and lines that shouldn’t be crossed. But when it comes to something that’s easily replaced, people need to get over themselves, especially since Heard has learned how to foil Momoa’s prank a while back, meaning she either keeps her book on her, or she’s figured out other ways to keep her reading material intact. See that? The problem was solved, the outrage is no longer able to be justified, and like it or not, Momoa is still a prankster that loves to have fun on a set. The idea that anyone was getting irate at Jason over this indicates very thin skin and a serious lack of humor, which is funny since some of those that have decided to speak up since the revelation of the prank would profess to have the best sense of humor in the world. Even funnier is the idea that those claiming such a sense of humor are typically those that will fly off the hook when someone pranks them or pranks another person in a manner that is hilarious to many others but not to their own sensibilities. So yes, Momoa’s prank was a bit childish and even destructive, but it’s a book, a copy of a story that can be purchased again, or perhaps bought on a Kindle device, which is likely much safer since it’s doubtful that Jason would dare to break a mobile device just for a prank.

In any case, people pulling pranks on movie sets is nothing new and it’s something that tends to divide the fans in a big way since some people can take pranks and others either don’t see the point or are bound to think that it’s malicious and not needed at all. There are pranks that go too far and end up hurting others or ruining items that aren’t easy to replace or are irreplaceable, and this is when someone has crossed the line thinking that they’re doing something that people will laugh at. But what Momoa did, aside from being a bit immature, wasn’t so bad that it should be judged in such a vicious manner by so many. If anything it’s a minor inconvenience that Heard would have to work around, and a lesson to hide her books a little better so that her costar wouldn’t be able to find them. It does sound as though she’s learned that lesson as on the set of Aquaman 2 it would appear that she’s fully ready for any antics that Jason might pull. So yeah, it does sound like he’s a big kid at times and it’s best to find ways to keep him busy, but pranks aren’t always bound to be a bad thing. He ripped the pages out of the book, he didn’t find a way to destroy the story entirely. And he was attempting to be funny, he wasn’t trying to hurt Amber in any way. This is why people with thicker skin have more fun sometimes.