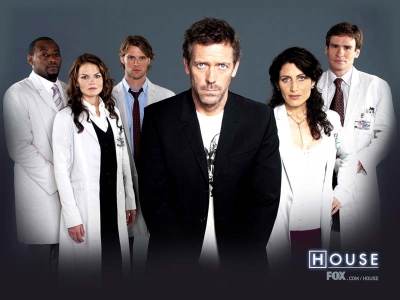 The ‘˜people’love FOX — at least according to the People’s Choice Awards. FOX Emerged as the number one network considering the number of awards won by their various nominees, with CBS a distant second and NBC and ABC notably under-represented. As far as the more significant categories are concerned, it was FOX and CBS in an even split with FOX winning Favorite TV Drama for House M.D. and TV Comedy for Glee, but CBS taking top honors for Favorite New TV Drama for Hawaii Five-0 and $#*! My Dad Says. Here are the full results:

On the acting front, FOX dominated with wins for Hugh Laurie and Lisa Edelstein in Dramatic Acting awards, but split the Comedy acting categories with CBS who received a win for Neil Patrick Harris. Jane Lynch predictably won for Glee.

The People’s Choice Awards are awarded based on votes received from real world viewers, mostly through the internet. That fact begs the question: can The People’s Choice Awards be rigged by tech savvy fans? We asked the question of whether any particular online fandom is more potent than another, and The People’s Choice Awards seems to be answering that for us. Whether the contest can be rigged or not sort of pales as a question in the face of whether franchises can succeed over artistic merit. The lack of a Twihard like movement, for instance, surely cost Inception what many consider its rightly place as Favorite Movie — while fans of FOX’s Fringe no doubt converted their anxiety over cancellation talk into a hearty voting campaign to snare its place over HBO’s True Blood, which has a large and diverse fandom when you count in the millions of literary fans.