Dear Perfect Couples, I really thought the relationship we were going to have was going to be great. Then, I got to watch your first two episodes. Let’s just say that this relationship is over. Sincerly, a disgruntled viewer.

Well I was really hoping that this weeks Perfect Couples was going to turn the series around. I was dead wrong. This episode really brought nothing to the table which in the end gave it a horrible viewing. The storyline itself seemed like it would be a good story yet with most of the plot focused in one area it felt dry and boring.

The episode started out with we the viewers getting a look at the three couples engagements. Dave and Julia’s was more of a sweet moment that actually seemed like a good idea for a proposal. Rex and Leigh’s engagement was a more traditional way to pop the question yet it tried to add some horrible 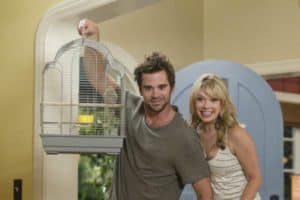 humor to make it seem new and fresh. Finally, Vance and Amy’s engagement was shown coming out of what I beleive was a break-up fight. This final proposal is where the episode decided to base its story and my only question is why? Yes I know that this is the only couple not married so it’s natural to focus on them but, the story felt forced. I would have rather seen Vance and Amy continue just dating through the series instead of them popping the question right out of the gate.

One major peeve I had about the episode was that there was little to no humor in my opinion. Many of the jokes felt like they were pushed into the viewers presence and for the most part they all fell flat. I can’t remember ever watching a “Comedy” and not laughing during any part of the 30 minute span the episode lasts. With such a talented group of actors in the show, you would think that some funny would slip out but, that is not the case here.

It seems that Perfect Couples is quite the perfect fit for me. I think it’s time to break up before anymore damage is done. I just want the show to realize that it’s not me, it’s you. F