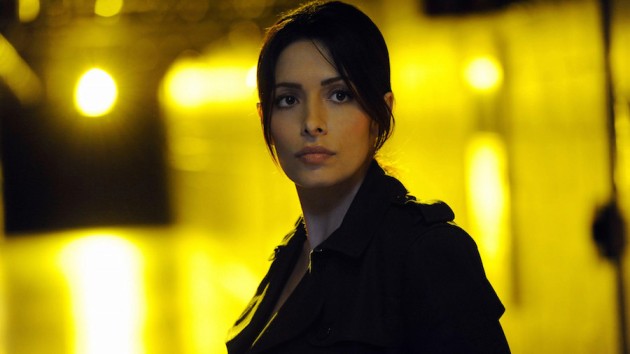 Person of Interest doesn’t come back until midseason, but this piece of news should tide fans of the CBS drama over until the beginning of Season 5 next year. As first reported by TVLine, Sarah Shahi, who plays Sameen Shaw on the critically-acclaimed series, will return “full-time” in Season 5 after having been on maternity leave from the show since the middle of Season 4. According to Shahi, she’ll be in the majority of the 13 episodes that will make up Person of Interest Season 5.

However, Shahi, whose character was “killed” in the middle of Season 4 but was then seen alive twice before the fourth season came to a close, couldn’t reveal anything about what the writers have planned next for Shaw.

“I have no idea what the plan is,” she said, laughing when asked about any upcoming storylines for her character.

The return of Shahi is certainly important for Person of Interest and its fans, especially with so much uncertainty hanging over the series as it enters into Season 5, which very well could end up being the show’s final season. However, yesterday, during her session at the TCA summer press tour, Nina Tassler,Â President of CBS Entertainment, would not confirm whether or not this upcoming season would beÂ POI‘s last, meaning that there is still a chance the series could return for Season 6.

Person of InterestÂ fans, what do you think about Shahi’s full-time return? Are you excited? Comment below and let us know.