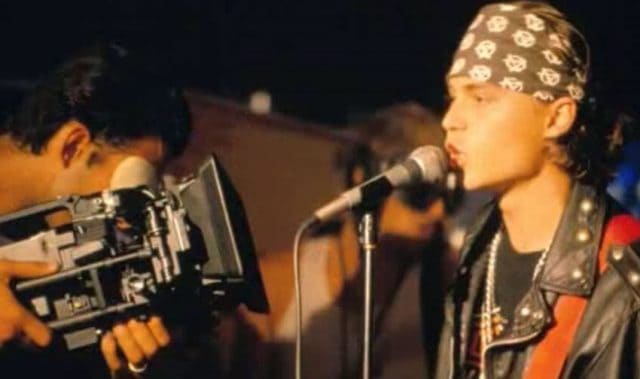 I have not sent this letter to Johnny Depp, but if it somehow finds its way to the star I do hope he reads it.Â Â  The reason for this letter is just a hunch, but I have a bad feeling about Johnny Depp right now.Â  The recent split with Amber Heard was just the beginning but also a culmination of things that I think we can agree might be putting the star over the edge.Â  The latest news surrounding Depp has been his exorbitant spending habits that have been rivaled by none other than Nicolas Cage.Â Â Â  Recent articles suggest that the actor has been spending $2 million a month on weird stuff including an underground tunnel system.Â  In any event I felt like I had to write this letter.Â  Here goes:

I’ve been watching you since 21 Jump Street and even back to your Nightmare on Elm Street days.Â  Despite your small part in Platoon I think we all knew that you were destined for greatness.Â  And great you became.Â  You dazzled us in Cry Baby and then hooked up with Tim Burton in Edward Scissorhands to create an actor director relationship that would last until today and most likely beyond.Â  You showed us your range in Donnie Brasco, Blow, Finding Neverland, Ed Wood, and countless others.Â

But if there’s one thing we always knew about you it’s that you were a little strange when the camera wasn’t rolling on you.Â  You’ve never been a conventional guy and I think that’s a big draw. You’re one of the best looking guys in the entire world so that obviously brings fame and fortune (but probably pressure with it).Â  I can’t speak about your relationship to Juliette Lewis but it just seemed odd at the time.Â  You and Kate Moss seemed like a match.Â  But if there’s one vision I can’t get out of my head it’s you in the Tom Petty video “Into the Great White Open.”

While I don’t know you from a hole in the wall at a personal level, it’s this video that haunts me the most.Â  While you might be a movie star, I see Rock Star in you through and through.Â  From your tattoos to your style, to the fact that you even play in a band, I just see Rock Star in you.Â  And that worries me.Â  It worries me that in some psychological way you’re trying to play out that video in real life.Â  Here’s what I’m telling you today.

Don’t.Â  Don’t do it.Â  You’re too talented an actor and you seem like too nice a guy on the inside.Â  Keep entertaining us and settle down with a nice lady.Â  Stop spending so much money and find the inner peace you seem to be lacking.Â