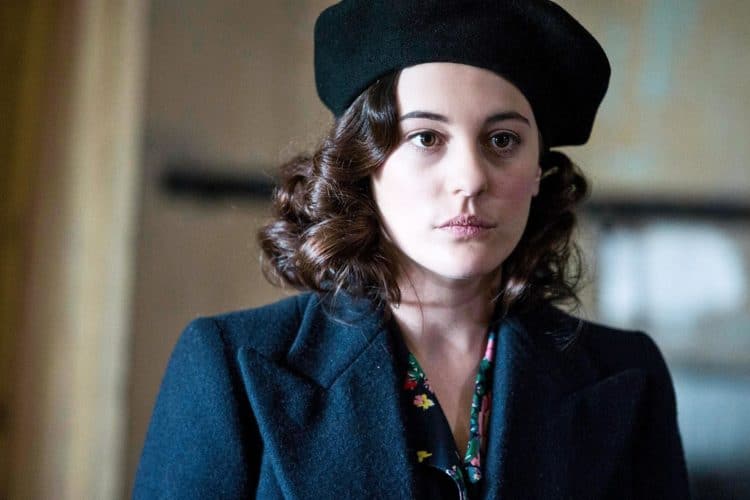 Phoebe Fox is the perfect example of an actress who has it all. Not only is she beautiful, but she’s also incredibly talented. Whether acting in a film, in a show, or on stage, Phoebe has the ability to leave audiences stunned. Her commanding presence is one that stays with viewers long after the role has ended. As a cast member on the new Hulu series, The Great, Phoebe portrays Marial, a fictional character. As with all of her other roles, Phoebe has definitely brought her A game to this show. Keep reading for 10 things you didn’t know about Phoebe Fox.

In order to be a successful actor, you have to be willing and able to perform in front of other people. Even though Phoebe has always loved to entertain people, but she admits that she was a “very shy and awkward-looking child.” Fortunately, she was able to overcome her shyness throughout the years.

2. Her Goal Has Always Been To Become An Actress

Most people spend years trying to figure out what is they want to do with their lives. However, Phoebe says she’s always known that she wanted to become an actor. In fact, he was always her goal to enroll in acting school and begin a career.

3. Her Parents Are Actors

It probably wasn’t much of a surprise to anyone close to Phoebe when she officially announced that she wanted to be an actress. Not only was acting always her passion, but she also comes from an acting family. Both of her parents are also actors who have worked on several British TV and film productions.

4. She Wanted To Be A Stage Actress

For Phoebe, becoming an actress initially means only doing stage shows. She told Interview Magazine, “when I was in drama school, I wasn’t interested. I wanted to be a stage actress. I was not interested in learning camera craft.” She also said, “I’m still learning how to maneuver around the technicality of working on camera while trying to remain true to the moment.”

5. It Took Her Three Years To Get Into Acting School

Phoebe’s dream to go to acting school at the Royal Academy of Dramatic Art, but her to getting there wasn’t as smooth as she thought it’d be. She said, ” I applied while I was still at school in my final year, and I didn’t get in anywhere, so I took a job in a comedy club—not doing stand-up comedy, because that’s my idea of hell, but in the office—and I went traveling. I applied a second time and didn’t get in anywhere again. But because that’s all I ever wanted to do, I had to keep persevering, and thankfully, the third time, lucky.”

6. She Believes There Is A Key To Longevity

It’s no secret that having a long lasting career in the entertainment industry isn’t an easy thing to do. With so much inconsistency, it’s not unusual for an actor to be on top of the world one year, and struggling to find work the next. However, Phoebe is aiming for longevity and she believes that being clever is the key to a long and successful career.

7.  Made Murder Mystery Movies With Her Sister When They Were Kids

When Phoebe was a kid, she got her start in acting by making murder mystery movies at home with her older sister. Phoebe says her sister was the director/producer and sometimes script writer, while she took care of the acting. Sometimes they were even able to rope their parents into acting in their movies.

8. She Had Really Bad Teeth

Phoebe has a beautiful smile, but that wasn’t always the case. In an interview with The Guardian, she revealed that she used to have “horrendous teeth”. She had to undergo years of orthodontist treatments in order to fix her teeth.

9. She Wishes She Could Have Been A Child Actress

She didn’t officially start her acting career until adulthood, but she says she would’ve loved to be a child actress. However, on top of her bad teeth and childhood shyness, she also says that she simply wasn’t good at acting back then. Luckily, it looks like things have done a complete 180 in her life.

10. One Of Her Roles Left Her Feeling Depressed

In 2012, Phoebe started a long list of theater work. By the end of the long stress, Phoebe says she was feeling depressed and was having a hard time separating her theater work from her real life. Fortunately, a fellow actor was able to help her turn things around.