Home
Comics
Phoenix vs Superman: Who Would Win? 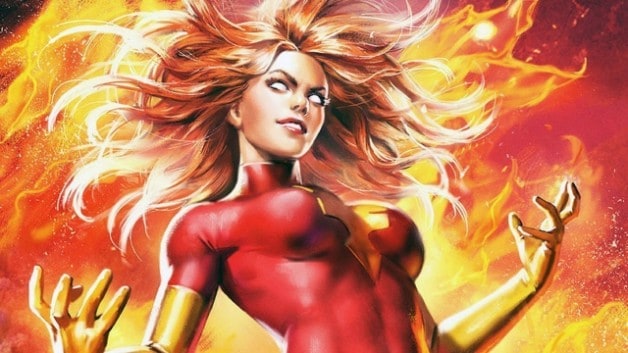 Ah yes, superhero vs. superhero, an age-old question at this point about who’s better, who’s tougher, and who would come out on top. Some people would gladly shrug their shoulders and remind everyone that they’re superheroes and it doesn’t really matter since they’re all about meeting the same ends, just in different ways. But then with some heroes there’s a chance to actually see a darker side of their nature that isn’t all about saving people and is a lot more savage than their hero persona in many regards. We’ve seen Superman, the bastion of all that’s good and noble, go dark on occasion, and we’ve seen Phoenix, who is extremely powerful and hard to beat, go absolutely berserk and go on an absolute tear throughout the galaxy in the past. But who would win if the man of steel took on Jean Grey in her Phoenix persona?

Well, that’s a tricky one.

At one point and time Superman was the end-all of superheroes as there really wasn’t anything he couldn’t do and his powers were only negated by a green rock that came from his home planet of Krypton, which was of course destroyed due to the hubris of his people. But throughout the years it’s been seen that Superman does in fact have other weaknesses, they’re simply harder to exploit when he’s not being subjected to kryptonite. He’s been seen to be susceptible to mental attacks, to magic, and to an overwhelming physical force that takes even him to the limit. This is a guy that’s taken on the Hulk, Thor, and many other heroes and come out on top since, let’s face it, the writers don’t want his legend being tarnished by being given a beatdown. But for being so tough, intelligent, and extremely durable, the Phoenix has taken on entities like Superman and swatted them aside with ease.

You might be laughing at this point and saying that Superman would slap her around like a rag doll, or not, since Supes is supposedly a gentleman and wouldn’t do such a thing. Don’t confuse chivalry with stupidity though, as Superman would likely take the fight right to Jean Grey. The only issue here is that while Superman is capable of besting heroes like the Flash when it comes to speed, he is not quite as capable when the Phoenix could shut him down with a thought. You might think that Superman might be immune or at least capable of blocking her out thanks to training he’s had in the comics, but Jean Grey is an omega-level mutant, meaning she’s one of the most powerful in her respective field, and the Phoenix power augments that to a degree that’s hard to measure. If, and it’s all a game of ‘ifs’ at this point, she was aware of Superman, and she would likely be able to sense him before he could act, Phoenix could and likely would shut him down before the fight ever started.

Let’s just say for the sake of this that the fight did get going and Superman was able to stay in it long enough to do something, anything. He’s strong, he’s quick, and he’s extremely durable. The Phoenix has been known to consume stars, she has the power to manipulate matter, and has every power that Jean is capable of, such as psionic weaponry and other abilities that could be used to overwhelm and even distract Superman. If you’re thinking that his bevy of powers, such as his heat vision or cold breath could give him an edge against a fiery opponent such as this, you might want to think again since this might be akin to trying to chill a raging bonfire with a jet of cool air since the Phoenix force that Jean has utilized more than once is able to disintegrate matter until not even ash remains. In other words, even getting close to Jean might be the downfall of the man of steel.

In fact the only edge that Superman would have might come from his slightly greater speed in matters of physical combat and his battle experience, which again is minimal compared to Phoenix. Aside from this they’re pretty well matched on just about every front, and unfortunately for Superman this could mean that someone who can still him with but a thought would have the upper hand. Jean doesn’t really need kryptonite to penetrate his mind or turn his powerful body to dust if she so desires. Comics fans and their fervor to protect the image of their favorite superheroes will typically go to any length, citing one issue after another when this hero did this or that to reverse the idea that their favorite could ever lose. But I’ll tell you one thing that is just as true as anything when it comes to comics. The Phoenix has the biggest edge in this fight when it comes to her abilities, but the writers will always have the final say.