Home
Bones
Photos – Bones 6.13 “The Daredevil in the Mold”

FOX hints that on the February 10 new episode of Bones, Booth will make a decision about his relationship with Hannah. Will that be the last we see of her or will he commit to her more fully? We’ve already posted promo photos for the February 3 episode (view them here) and now we have photos and a summary for the February 10 episode. 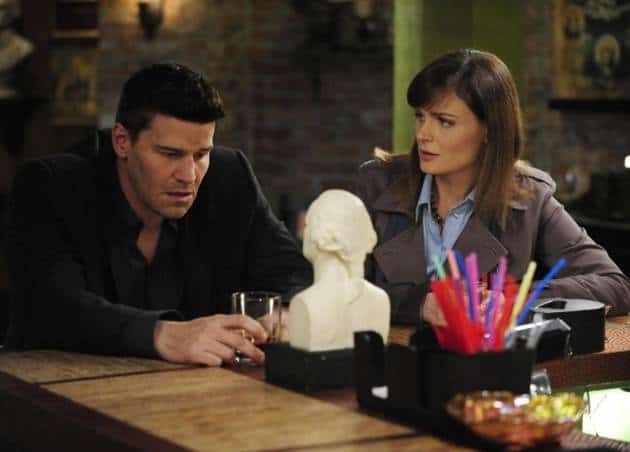 AN EXTREME BIKE STUNT GOES WRONG AND BOOTH MAKES A COMMITMENT ON AN ALL-NEW ‘BONES’ON THURSDAY, FEBRUARY 10, ON FOX

A BMX rider’s remains are discovered on the roof of a warehouse after a failed bike stunt. While Booth and Brennan interrogate the victim’s fellow riders, Hodgins and newly mellowed ‘squint’Fisher (guest star Moore) identify the numerous fractures in the victim’s skeletal structure, and Angela recreates the series of events that led to the fatal accident. Meanwhile, Sweets turns to Booth for advice about his relationship with Daisy, and Booth makes a decision about his relationship with Hannah (guest star Winnick) in the all-new ‘The Daredevil in the Mold’episode of BONES airing Thursday, Feb. 10 (9:00-10:00 PM ET/PT) on FOX. (BON-613) (TV-14 D, L, V)