Brothers & Sisters returns from its current hiatus on February 21 (see when other shows return from their Olympic hiatus). ABC has released a few (really, very few) promo photos for the episode, along with a synopsis. I wish I had more photos to share with you, but you can check out the photos we previously posted for the February 28 episode. 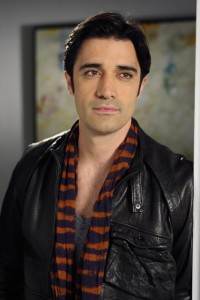 “A Valued Family” – The Walker family shares love and loss on Valentine’s Day as Sarah rediscovers the love of her life (guest starring Gilles Marini as Luc Laurent), Kitty makes a grand but heartfelt entree in to politics with her family and new campaign manager by her side (guest starring Cheryl Hines as Buffy), Justin and Rebecca face the struggles of impending parenthood and Holly makes a tough decision about what to do with her shares of Ojai, on “Brothers & Sisters,” SUNDAY, FEBRUARY 21 (10:01-11:00 p.m., ET), on the ABC Television Network.