The musical episode of Fringe will be airing on April 29. We already posted a batch of photos from the upcoming episode and now FOX has released another batch, which you can view below. 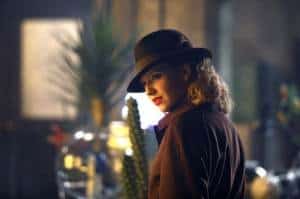 SINGING AND DANCING OCCURS WHEN WALTER EXPOLRES HIS MIND ON AN ALL-NEW ‘FRINGE’THURSDAY, APRIL 29, ON FOX